Generally an unmoderated forum for discussion of pretty much any topic. The focus however, is usually politics.
Post Reply
First unread post • 2259 posts

Yeah, I remember that. Once Huey Newton, Fred Hampton, and other early Black Panther organizers started carrying shotguns and wearing all black, all of a sudden it was a threat. Contrast that with Tea Bagger rallies of a few years ago where the nutjobs came to rallies armed with long guns; the other nutjobs and GOP extremists thought this was "patriotic" just like the bigots they were and are.
Top

It was until you changed it to the concept of chickenshit. Happy pecking, Foghorn
Top

... The display so frightened politicians—including California governor Ronald Reagan—that it helped to pass the Mulford Act, a state bill prohibiting the open carry of loaded firearms, along with an addendum prohibiting loaded firearms in the state Capitol. The 1967 bill took California down the path to having some of the strictest gun laws in America and helped jumpstart a surge of national gun control restrictions....

Thanks, filed for future reference/use mocking ammosexuals and Reaganites. More on the same topic:

The Surprising Unknown History of the NRA: For most of its history, the NRA supported gun control laws and did not see government as the enemy.
(Alternet)

The NRA Wasn’t Always A Front For Gun Makers
(HuffPost)

The Secret History of Guns
The Ku Klux Klan, Ronald Reagan, and, for most of its history, the NRA all worked to control guns. The Founding Fathers? They required gun ownership—and regulated it. And no group has more fiercely advocated the right to bear loaded weapons in public than the Black Panthers—the true pioneers of the modern pro-gun movement. In the battle over gun rights in America, both sides have distorted history and the law, and there’s no resolution in sight.
(The Atlantic)

Not sure which is the better article but yours, history.com, appears the most neutral on its face. I can always wait until I've been whined at a couple of time for biased sourcing and then spring history.com on them.

Maybe not so much -
False Imprisonment Overview
False imprisonment occurs when someone confines or detains another person against their will and without any legal justification. The act does not need to be done forcibly or through intimidation. An example might be if you locked someone in a bedroom while he was asleep and refused to open the door after he awakened. State laws vary on whether this crime is punished as a misdemeanor, which can typically lead to a sentence of up to a year in jail, or as as felony, which can result in over a year in prison. If the victim was young or the perpetrator made threats or used physical force, many states provide for harsher penalties.

Kidnapping Overview
In contrast to false imprisonment, kidnapping involves the intentional act of taking away or moving a person against her will by use of force or threats of force. It is this moving of a person that separates the two crimes, and the distance does not need to be far. For example, if you grab someone walking by your house and pull her inside, this act could qualify as kidnapping. Kidnapping is a more serious crime than false imprisonment, and is generally punished as a felony. Like false imprisonment, the penalties can increase with aggravating circumstances, such as if the kidnapper was seeking a ransom or took a child.

Agreed, the firefighter may have technically committed False Imprisonment, Kidnapping, assault and perhaps some other crimes. That's why I mentioned it.

By "hyperbole" I meant that he will never be charged due to our inadequate and flexible gun laws.
Speaking of Rudy, WTF?
Top

Woo - didn't have to wait long for that...
22 year old male carrying toy rifle in Walmart - that he picked up in Walmart - shot/killed by police. Same age/gender as camocrazy guy, only difference is that (a) his gun wasn't real; (b) he wasn't doing anything suspicious; and (c) he wasn't white.

The Guardian revealed in December that immediately after the shooting, police aggressively questioned Crawford's girlfriend, Tasha Thomas, threatening her with jail time. The interrogation caused her to sob uncontrollably, with hostile questions suggesting she was drunk or on drugs when she stated that Crawford did not enter the store with a gun. She was not yet aware of Crawford's death at the time of the interrogation. Thomas died in a car crash months later.

Following the shooting, a grand jury decided not to indict any of the officers involved on charges of either murder, reckless homicide, or negligent homicide. The Justice Department conducted its own investigation.The officer who shot Crawford was removed from normal duties until the DoJ investigation was complete. The Justice Department declined to issue charges against the officer.

Crawford's mother believes that the surveillance tape shows the police lied in their account of events, and has spoken out against the killing at a "Justice for All" march. The family has filed a wrongful death lawsuit against Walmart and the Beavercreek police department....

Sorry - I didn't notice the date on the article (that was in today's "Flipboard.")
Top

I missed it first time through, too, only caught it when I scrolled back up to copy his name and find a pic. Even so, the contrast is the same - black guy with a toy gun sold at the store he's in gets killed; white guy with real gun trying to look like a terrorist gets "rescued" by good samaritan firefighter.
Top

Living in the USA
George Carlin said “The owners know the truth. It’s called the American dream because you have to be asleep to believe it.”
Top

Dying in the USA 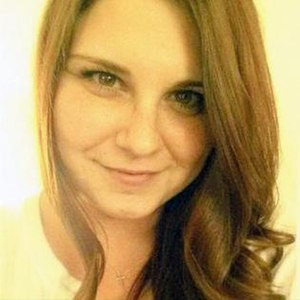 Most incompetent terrorist ever: 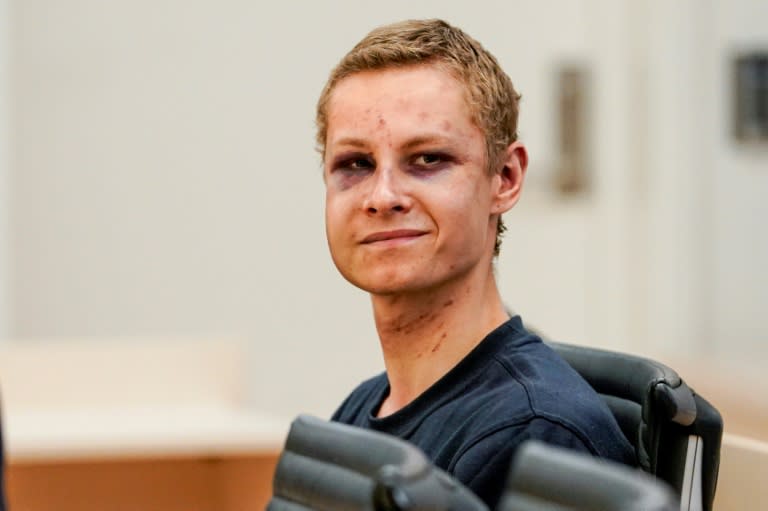 ... The man, identified as 21-year old Philip Manshaus, appeared in the Oslo court with two black eyes and scrapes and bruises on his face, neck and hands, probably obtained when he was overpowered at the mosque.

Police say he has "extreme right views" and "xenophobic positions" and that he had filmed the mosque attack with a GoPro camera mounted on a helmet.

The Norway incident comes amid a rise in white supremacy attacks around the world.

Manshaus is formally suspected of murdering his 17-year-old stepsister, and of a "terrorist act" at the Al-Noor mosque on Saturday, allegations he has rejected....

"He rejects the allegations and exercises his right to not explain himself," she said.

The court cited "reasonable grounds" to suspect Manshaus had committed the criminal acts and remanded him in custody for four weeks, as police had requested.

Police official Pal-Fredrik Hjort Kraby told a press conference that Manshaus had worn a helmet equipped with a camera during the attack "which was filming and has provided us with important evidence."

... Manshaus is accused of entering the mosque in the affluent Oslo suburb of Baerum armed with at least two weapons and opening fire before he was overpowered by a 65-year-old man who suffered minor injuries.

Armed, yet got beat up by gramps.

Just three worshippers were in the mosque at the time.

... Shortly before the mosque attack, a person identifying himself as Philip Manshaus had posted a message on the EndChan forum calling for a "race war" to be taken from the internet into real life ("irl").

... The post ended with the words "Valhalla awaits," a mythological Norse reference to the afterlife for those who have died in battle.

What about those injured by the elderly?

Norway witnessed one of the worst-ever attacks by a rightwing extremist in July 2011, when Anders Behring Breivik, who said he feared a "Muslim invasion", killed 77 people in a truck bomb blast near government offices in Oslo and a shooting spree at a Labour Party youth camp on the island of Utoya.

How the Language of Terrorism Could Fuel Trump’s Fascism

In the aftermath of the mass shootings in El Paso and Dayton, we have seen a predictable flow of think pieces and debates about what should be done to prevent future tragedies, and about what terms we should use to describe these events. In addition to familiar calls for gun control, we have seen ubiquitous calls for the racist, white perpetrators of these heinous acts to be described as terrorists. Demands that we “call it what it is” echo across social media platforms, as though the word “terrorism” has some transformative power that could open a path to justice....

But before progressives pour their energies into campaigns demanding that these attacks be classified as acts of domestic terrorism, we would do well to consider the threats posed by the state itself in this era of looming fascist political transformations.

... We must exercise great caution when rallying behind language that could have violent consequences. In the United States, the government response to acts that are officially recognized as terrorism involves the expansion of mass surveillance, the rollback of civil liberties, acts of kidnapping, torture and the expansion of the military-industrial complex and the mass violence it perpetrates. We must recognize that the leader of our own government has played a key role in delivering us to this moment. Therefore, we cannot rely on language that will only serve to further empower him and the state agencies that routinely enact white supremacist violence. We must instead begin a wide-reaching public dialogue about the nature and present-day impact of fascist ideology — an ideology that has penetrated the halls of executive power as surely as it inhabits dark corners of the internet.

It was until you changed it to the concept of chickenshit. Happy pecking, Foghorn

In the Navy, were you required to get in the water?
"Only God can do this and I give him all the glory. I know where my strength comes from and I know it's simply by his grace that I've been able to walk this walk and walk this journey." - Dabo Swinney
Top

Even the 45SHOLE admin* is finally forced to admit it:

US homeland security chief: Racism is fueling some terrorism

Nah, some people just think when a Law Enforcement officer says he has open carry privileges it's for personal use other than the job.
"Only God can do this and I give him all the glory. I know where my strength comes from and I know it's simply by his grace that I've been able to walk this walk and walk this journey." - Dabo Swinney
Top

O Really wrote: ↑
Sun Aug 11, 2019 11:53 pm
Even so, the contrast is the same - black guy with a toy gun sold at the store he's in gets killed; white guy with real gun trying to look like a terrorist gets "rescued" by good samaritan firefighter.

Yep, "Guns, race, religion, terror, wingnut," with the religion being the cult of Cops can do No Wrong, even when they kill innocents.
Speaking of Rudy, WTF?
Top

These are just the direct associations. How many more where 45SHOLE has contributed to the climate of hateful violence?

Well, el Jefe did say he could shoot somebody on 5th Avenue and not lose any votes. I hope he pursues this endeavor and gets arrested. Fuck the votes.
Top
Post Reply
2259 posts