Generally an unmoderated forum for discussion of pretty much any topic. The focus however, is usually politics.
Post Reply
First unread post • 349 posts

You guys sometimes take my stupid jokes too seriously. We didn't know about Sulu, either.

Yeah, Ricky was domineering, but I don't recall his being actually violent. No clenched fist and "you're going to the moon, Lucy." Gleason did end most episodes with "you're the greatest" but to a large degree that just highlighted behaviour typical of abusers.

Maybe rstrong means the emotional abuse by Lucy that had Ricky tearing his own hair out almost every episode. Then, we can only guess what went on behind the Mertz's closed doors.

Heard on one entertainment show that only 1 of 20 Bachelors has actually gotten married and only 3 of 13 Bachelorettes. They made the comment that people do it so they can get famous and get laid by other folks more. Funny that they maintain the marriage illusion, but maybe viewers know it ain't real.
Speaking of Rudy, WTF?
Top

Well, look - it's a "reality show" with much of the emphasis on "show." But IMNVHO they're barking up the wrong tree to make a big deal over the numbers of actual marriages. Compare instead to the marriages or relatively long relationships resulting from meeting on that show to those resulting from meeting elsewhere (online, parties, work, yada). The show purports to provide an opportunity to "find romance" and "true love" and all that, but doesn't claim to provide any foundation for permanency. I'd say the best comparison would be with vacay or summer-type romances. Sometimes they work out, but usually they die at the end of the circumstance creating them.
Top

It's not like it actually bugs me and they didn't make a big deal out of the stats. I just think that the tally is funny given that each show ends with a marriage proposal. We can compare it to other relationships which are indeed as iffy as you say, but also to how many real world accepted proposals don't end in marriage. I'll bet that lots more than 12% of the latter end up married in the real world.
Speaking of Rudy, WTF?
Top

Agreed, and the "proposal" is probably the hokiest part of the whole show.
Top

I suppose going down on one knee and asking, "Will you screw me a bunch until the checks clear and we get sick of each other?" wouldn't go over as well.
Speaking of Rudy, WTF?
Top

It's called a "reality show" not an "honesty show."
Top

I'm grateful that we don't have to listen to rstrong's Canadian accent. It's just so foreign.
Speaking of Rudy, WTF?
Top


Heard this story on Mysteries at the Museum:

A Knight with the Widow Benton
Did the Robin Hood-bandit save a widow’s home?

Many have claimed that Jesse James, America’s most notorious bandit, was a Robin Hood who took from the rich and gave to the poor. Others have refuted the claim. But how did this debate begin, and is there any proof that Jesse was a Robin Hood? ...

The story goes like this: Jesse and his gang stop at the farmhouse of a widow and ask for a meal. Frequently she is described as the wife of a former Confederate soldier and has several children living at home. There is little food in the house, but the widow feeds the visitors as best she can. When Jesse notices tears on the widow’s cheeks, she tells him that the mortgage on her home is to be foreclosed that afternoon by the banker from a nearby town. The woman has no money. Moved by her plight, Jesse provides the widow with the funds she needs and then departs. A few hours later the banker arrives, receives the money and has no choice but to release the mortgage. A mile or so from the widow’s farm, Jesse robs the banker of the mortgage payment.

This story was also repeated by Judge James R. Ross, the great-grandson of Jesse, in his book I, Jesse James. Ross claimed that Jesse stopped at the widow’s house in the “hills of Tennessee” while on his way to Kentucky to visit kin. Ross stated that the widow’s name was Benton, and he said her husband had been a Confederate soldier and she had five children. Ross related the story to author Ted Yeatman in a 1993 letter, writing, “According to my grandfather [Jesse, Jr.], Uncle Ben [a family name for Frank James] always referred to her as the widow Benton when referring to her in front of the family, it being one of his favorite stories. My grandfather also received a letter sometime in the 1930s from a child of the widow Benton confirming the incidents and location. Unfortunately. . . this is lost, but I personally saw and read the letter.”

It must have made a good bedtime tale in the James household, and Frank James was known to spin a yarn. There may, however, be a veneer of fact in the story. The 1880 census for Sumner County, Tennessee, lists a widow named Nancy Benton, the wife of Richard Benton.

Richard “Dick” Benton of Tennessee married Nancy H. Binkley on January 20, 1853. Around 1860 Richard moved to Humphreys County (Jesse James lived near there in 1877-78). Richard apparently never enlisted in the Confederate Army but may have fought with local guerrillas. At some point he moved back to Robertson County, settling in New Chapel. He is thought to have died about 1877, leaving Nancy to raise their eight children. After Richard’s death, Nancy moved to White House in Sumner County.

The Benton family maintains that Jesse and his men stopped at Nancy’s home, ate a meal, and left a large sum of money. Whether Jesse helped her with the mortgage is unknown since the widow Benton was always reticent to talk about the matter....

Mysteries at the Museum added the detail that Jesse told the widow to get a receipt from the banker, which she then used to prove that the payment had been made. No telling if it's all true, but good story.
Speaking of Rudy, WTF?
Top

In an exclusive, unaired clip from The Big Bang Theory Season 11 finale, the happy couple gets one last wedding present from the late theoretical physicist Stephen Hawking.

In an exclusive, unaired clip from The Big Bang Theory Season 11 finale, the happy couple gets one last wedding present from the late theoretical physicist Stephen Hawking.

Funny as hell in so many ways


Roseanne done gone and done her own self in

or for her singing the national anthem
Last edited by billy.pilgrim on Tue May 29, 2018 2:40 pm, edited 1 time in total.
George Carlin said “The owners know the truth. It’s called the American dream because you have to be asleep to believe it.”
Top

Roseanne done gone and done her own self in

It's pretty bad when somebody who's offensive for a living is so offensive that her whole (well-rated) show gets axed. Not that I have much to be optimistic about, but maybe ABC has established a bar, (or Barr), even a low one, that will inspire others not to put up with the constantly escalating hate speech.
Top

I enjoyed her early comedy - the "domestic goddess" stuff for example, and somewhat defended her rendition or the national anthem on the grounds that they knew who she was and if they had wanted a serious singer, they should have hired a singer. I thought the first version of "Roseanne" was good for a couple of years, but I lost interest. Sometime in the past decade, though, she's apparently gone totally off the rails. Bet John Goodman, et. al. aren't so happy with her now, either.
Top

So, who directly cancelled the show? 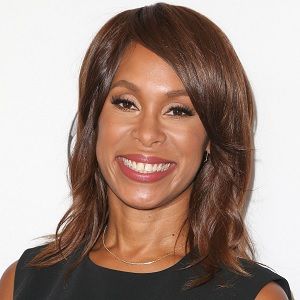