Generally an unmoderated forum for discussion of pretty much any topic. The focus however, is usually politics.
Post Reply
First unread post • 833 posts


I certainly committed a faux pas; maybe even a mea culpa.

Dang neo - you're talented. faux pas is French, mea culpa is Latin. Counting your English, you screwed up in three languages in one post.


I certainly committed a faux pas; maybe even a mea culpa.

Dang neo - you're talented. faux pas is French, mea culpa is Latin. Counting your English, you screwed up in three languages in one post.

Thanks; I've always thought of myself as a cunning linguist.

These Corporations and Public Charities Funded the State Abortion Bans
A Sludge investigation has uncovered the sources of millions of dollars behind advocacy efforts to pass a slew of state abortion bans this year.

Bad actors and addresses for they or their associated businesses:

Re: These Corporations and Public Charities Funded the State Abortion Bans
https://readsludge.com/2019/06/13/these ... tion-bans/

I don't do business with filthy misogynists and their enablers.

Pelosi slams Trump administration for delaying Harriet Tubman on $20 bill: 'An insult to the hopes of millions'

That's our 45SHOLE - ODS, racist, sexist and genocidal all at the same time.
"When you can make people believe absurdities, you can make them commit atrocities."
-- Voltaire
Top

Lawsuit: Inmate had free weekends, made acid attack on wife

A Mississippi sheriff repeatedly freed a woman's abusive husband from jail on weekends, and the man tried to run her over, beat her unconscious and then drenched her body with sulfuric acid, the woman says in a lawsuit.

The former Webster County sheriff, Tim Mitchell has since been arrested on unrelated corruption charges involving guns, drugs and sex with inmates. He resigned earlier this month after pleading guilty....

Patterson had been on probation for a cocaine charge, and ended up in the county jail after being accused of assaulting a police officer.

The then-sheriff later designated Patterson a "trusty" at the jail, which gave him special privileges. He allowed Patterson to be released on weekends even after Robinson told police that her husband tried to run her over with the car the first time he was freed for the weekend, the lawsuit alleges. The Eupora Police Department investigated that event, wrote a report about it "and informed Sheriff Mitchell accordingly," the lawsuit states.

That weekend, Patterson threw a beer at his wife and punched her in the face. He threatened to burn down her house and punched a hole in the wall of the home, the lawsuit states.

Robinson then called a dispatcher for help. But instead of sending a deputy to the home, the dispatcher gave the phone to another inmate to speak to Patterson, according to the suit.

After speaking with the inmate, Patterson "seethed with unbridled fury," threw Robinson on the bathroom floor and punched her repeatedly until she blacked out, the lawsuit states. Then, her lawyer wrote in the lawsuit, he poured the acid-containing drain cleaner over her nearly naked body.

Webster County, Mississippi votes almost 4 to 1 Repug.
https://en.wikipedia.org/wiki/Webster_C ... i#Politics
No sympathy for its taxpayers from me.
"When you can make people believe absurdities, you can make them commit atrocities."
-- Voltaire
Top

Re: War from Women

Married women who committed stabbing attacks are profiled in this documentary series. Tell the U.S. House of Representatives
"Investigate the president for sexual assault and harassment"
"When you can make people believe absurdities, you can make them commit atrocities."
-- Voltaire
Top

An Alabama woman whose fetus died after she was shot in a fight has been charged with manslaughter, while the woman accused of shooting her has been freed.

Marshae Jones, 28, was indicted by the Jefferson County grand jury Wednesday. She was five months pregnant when 23-year-old Ebony Jemison shot her in the stomach during a December altercation regarding the fetus's father, authorities said.

Jemison was initially charged with manslaughter, but the same grand jury declined to indict her after police said an investigation determined Jones started the fight, and Jemison ultimately fired the fatal shot in self-defense.

Pleasant Grove police Lt. Danny Reid said at the time of the shooting that "the only true victim" was the fetus, who was unnecessarily brought into a fight and was "dependent on its mother to try to keep it from harm."

Jones "intentionally" caused the death of Unborn Baby Jones, the indictment states. She did so by "initiating a fight knowing she was five months pregnant," it states....

Don't start fights, fine, but an abdominal shooting leading to fetal demise is NOT predictable. Black of course, it's Alabama. 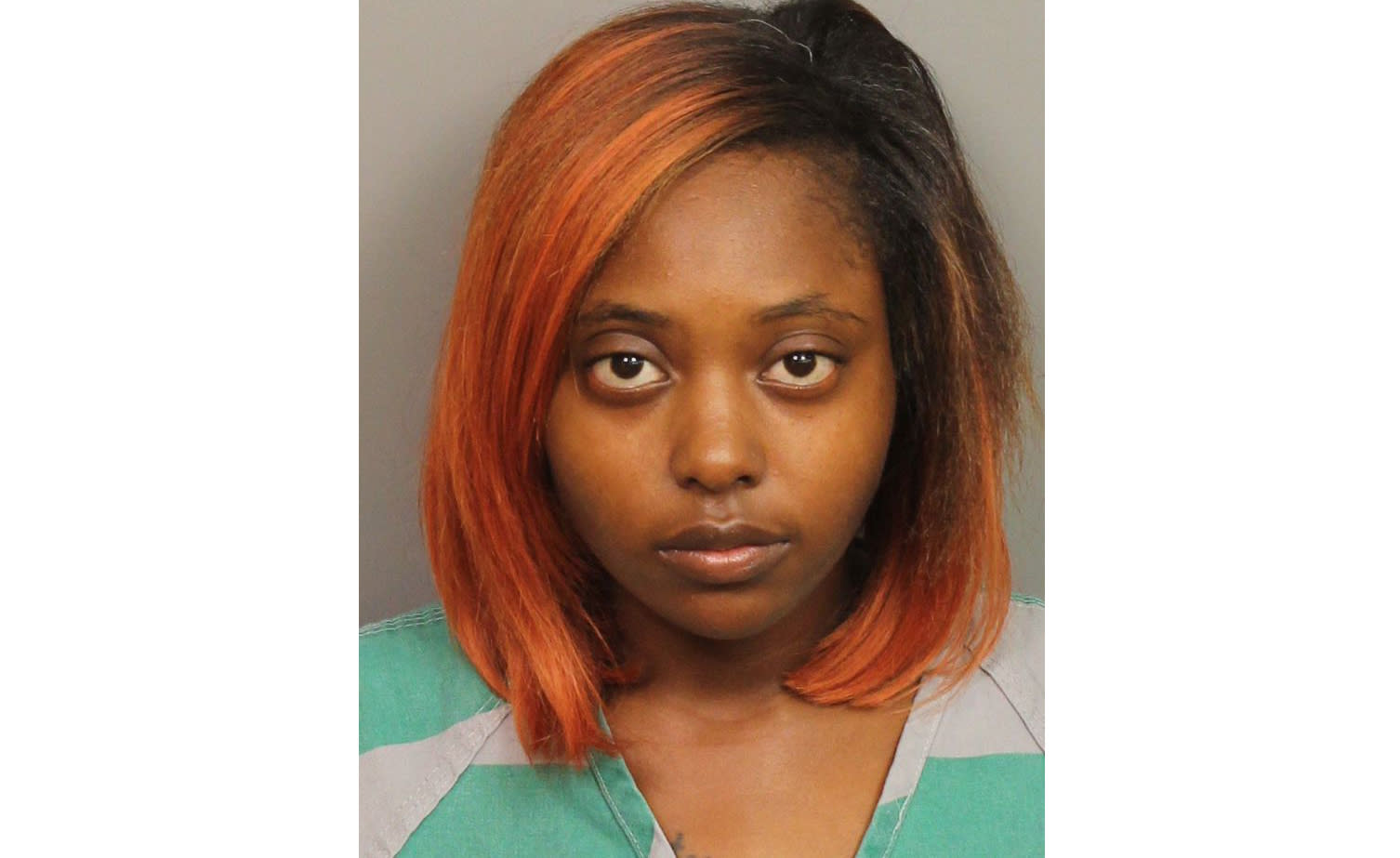 Lynn Paltrow, executive director of National Advocates for Pregnant Women, said women across the country have been prosecuted for manslaughter or murder for having an abortion or experiencing a miscarriage. She said Alabama currently leads the nation in charging women for crimes related to their pregnancies. She said hundreds have been prosecuted for running afoul of the state's "chemical endangerment of a child" statute by exposing their embryo or fetus to controlled substances.

But this is the first time she's heard of a pregnant woman being charged after getting shot.

"This takes us to a new level of inhumanity and illegality towards pregnant women," Paltrow said. "I can't think of any other circumstance where a person who themselves is a victim of a crime is treated as the criminal."

Jones' arrest also drew criticism from the Yellowhammer Fund, which raises money to help women have access to abortions.

"The state of Alabama has proven yet again that the moment a person becomes pregnant their sole responsibility is to produce a live, healthy baby and that it considers any action a pregnant person takes that might impede in that live birth to be a criminal act," said Amanda Reyes, the group's director.

Alabama.
"When you can make people believe absurdities, you can make them commit atrocities."
-- Voltaire
Top

Vrede too wrote: ↑
Thu Jun 27, 2019 11:44 pm
Both the song ("Immigration Man") and video could have been made yesterday, sigh. I was already thinking this when I saw the first comment:

Either way you slice it, it's a timeless song.

I was going to say that Lynyrd Skynyrd's biggest mistake was responding to Neil Young with their admittedly catchy "Sweet Home Alabama", but it's all more complicated than that.
https://en.wikipedia.org/wiki/Southern_ ... )#Response

In his book Waging Heavy Peace: A Hippie Dream, Young stated that Lynyrd Skynyrd wrote "Sweet Home Alabama" not in response to "Southern Man", but rather to Young's song "Alabama". Young noted that Lynyrd Skynyrd's implied criticism was deserved because Young's lyrics to Alabama were condescending and accusatory.

I think Young is being a bit too hard on himself. "Alabama" isn't approving, but it is sympathetic. Anyhow, I get the mutual respect and don't feel so bad about "Sweet Home Alabama" now.
"When you can make people believe absurdities, you can make them commit atrocities."
-- Voltaire
Top

Petition to the U.S. Soccer Federation:

"Pay the U.S. Women's National Team soccer players more or the same amount as the men's team and provide an equal standard of medical care and other benefits."


"Pay the U.S. Women's National Team soccer players more or the same amount as the men's team and provide an equal standard of medical care and other benefits."

I don't disagree with the principle, but I'm not sure the same standards of "equal work" applies to sports/entertainment industries in the same way as others.
Top

O Really wrote: ↑
Fri Jun 28, 2019 12:20 pm
I don't disagree with the principle, but I'm not sure the same standards of "equal work" applies to sports/entertainment industries in the same way as others.

I signed and shared because this is specific to the U.S. Women's National Team, which has had more success and larger viewership than the men. If this had been about the pro leagues, I wouldn't have signed until learning more about their respective revenue streams.
"When you can make people believe absurdities, you can make them commit atrocities."
-- Voltaire
Top

And then there's the true national treasure Megan Rapinoe who definitely deserves a raise, whatever she's making now.
Top

Campaign theme: “I AM going to the fucking White House."
http://www.blueridgedebate.com/forum/vi ... ing#p98131

She has done well with endorsements. I think the campaign for her is more about gender equity and the less well known players.

Megan Rapinoe responds to her face featured in corn maze 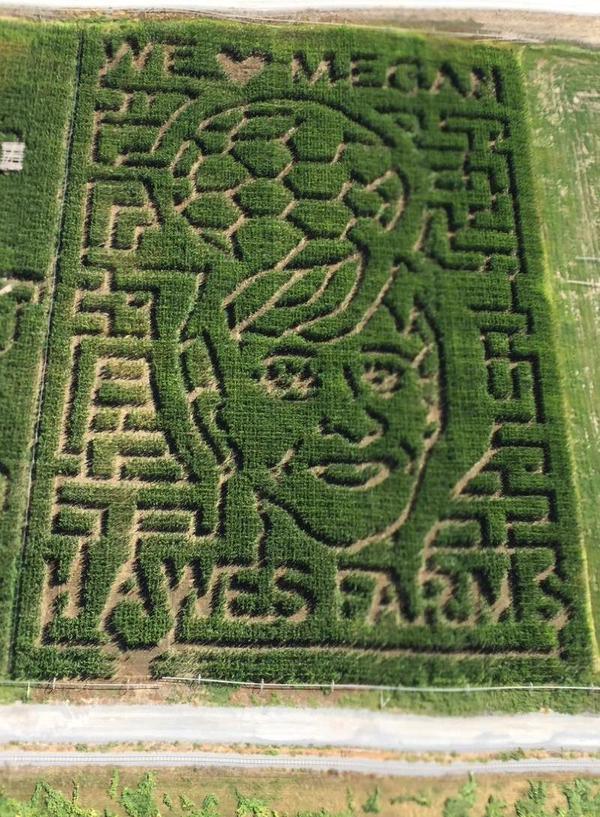 Just noticed that Alex Morgan does not sing the anthem, either. Not sure if she's spoken about it, there's no mention in Wiki.
https://en.wikipedia.org/wiki/Alex_Morgan
"When you can make people believe absurdities, you can make them commit atrocities."
-- Voltaire
Top
Post Reply
833 posts