Generally an unmoderated forum for discussion of pretty much any topic. The focus however, is usually politics.
Post Reply
First unread post • 1022 posts

Donald Jr. Says GOP Would Never Get Away With A Northam Scandal; Twitter Lets Him Have It
Responses remind him of his dad’s birther conspiracy, “s**thole countries” dig at black nations — and Rep. Steve King.

An outraged Donald Trump Jr. insisted on Twitter Saturday that the GOP would never be allowed to get away with the kind of racist scandal engulfing Democratic Virginia Gov. Ralph Northam.

What a joke. Imagine a Republican trying to pull off this crap??? He would never be heard from again. https://t.co/mNStHIYWhT
— Donald Trump Jr. (@DonaldJTrumpJr) February 2, 2019 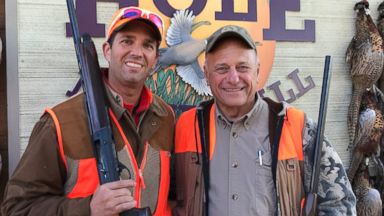 Your dad was literally endorsed by David Duke.

Jesus, it gets harder and harder to tell the difference between outrageous stupidity and outrageous lies with this Klan.

Several more excellent tweets about POSPOTUS and King, plus: 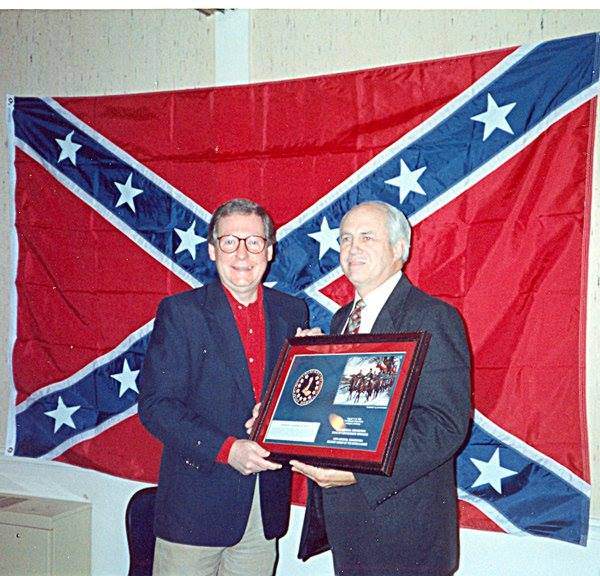 (that's AL Sen. Cindy Hyde-Smith
Spoiler:
the one on the right

I think Northam should go, but not necessarily just because of the yearbook pic. He just handled it all so poorly that he's demonstrated himself totally incompetent at handling a PR crisis. From to top, either that's him in the pic or it's not. And even 35 years hence, he knows whether it is or not. He knows whether he was there or not, and he knows the circumstances. So if it is him, he has no business trying to say maybe it wasn't or he doesn't remember. I may not be able to name specifically from memory every costume I ever wore to a party, but I garontee not one of them was a minstrel guy or a klansman. I can further state that at no party I've ever been to did anyone show up in costumes similar to those. There was one "come as you're not" event where a smallish black guy dressed in a Ralph Sampson jersey "was not a tall white guy" and I suppose in the context of that party you could have theoretically showed up with a sheet that you're "not a klansman" but nobody did. So Northam knows - and there should have been no equivocation whatsoever. Either, "yes, it was me, it was at (even), and was an awful idea at the time...yada" or "I have no idea where that pic came from, who's in it or where it is because ..." Anything in between has blown it before he started.

But assuming it was him, or somebody in his group of friends/fraternity/whatever, it is indeed troubling. Given no other indications in his life of racism, I could probably overlook a college freshman who had to dress like that for his frat initiation (although I would question whether that was a very good frat to be in). But these people were 4th year med students - somewhere around 25 years old. If a guy hasn't figured out by 25 that making fun of black stereotypes and klansmen isn't a good idea, it's possible they're not going to.
Top

O Really wrote: ↑
Sun Feb 03, 2019 12:23 pm
I think Northam should go, but not necessarily just because of the yearbook pic. He just handled it all so poorly that he's demonstrated himself totally incompetent at handling a PR crisis....

Agreed. Plus, the total lack of support means that he can't govern, whether or not it's fair. The moron considered doing the Moon Walk at his press conference, but his wife had to shut that idea down.

... But these people were 4th year med students - somewhere around 25 years old. If a guy hasn't figured out by 25 that making fun of black stereotypes and klansmen isn't a good idea, it's possible they're not going to.

Agreed. In fact, it won't ruin my day if the VA Medical Board looks into it.

Justin Edward Fairfax (born February 17, 1979) is an American attorney and politician serving as the 41st Lieutenant Governor of Virginia since 2018.

Fairfax would be VA's 2nd black Gov., and I believe the South's first black Gov. since Reconstruction. Funny how things (might) work out when we had such recent hopes for FL and GA.
"When you can make people believe absurdities, you can make them commit atrocities."
-- Voltaire
Top

This is interesting: "Prior to entering politics, Northam voted for Republican George W. Bush in the 2000 and 2004 presidential elections ..."

That's 20 years AFTER the racist pic that he was a Repug.
"When you can make people believe absurdities, you can make them commit atrocities."
-- Voltaire
Top

Says some of the politicians who have done the most for civil rights have seriously racist pasts, or at least outrageous racist language.
Top

Says some of the politicians who have done the most for civil rights have seriously racist pasts, or at least outrageous racist language.

Thanks. As you said, the clumsiness of his response ruined any hopes he had.

He now says that it's not him, he never saw the pic and it might have been placed on the wrong page. This seems incredible, but grad school yearbooks are not prized like high school ones are. If he had forcefully made these claims from the start, perhaps with witnesses/evidence, he might have weathered the storm.

Or, if he'd said, "It was me, I was a clueless asshole and a Republican, I've never discriminated, and I beg your forgiveness and the opportunity to prove to you that I'm not a bigot," he also might have survived.

Now, I doubt it. Congrats, Gov. Fairfax.
"When you can make people believe absurdities, you can make them commit atrocities."
-- Voltaire
Top

This type of thing does beg the question of what actions from how long ago are forgivable and which are not. In Northam's case and Franken, we're talking about losing the current job for long-ago actions and (apparently with Northam, not re-occuring). In Kavenaugh, nobody said he should lose his current job, but should not be promoted to SC Justice. It's hard to believe that if the muck rakers found that Northam had been busted for simple possession, drinking underage, assaulting somebody in a bar fight, etc. that the calls for his head would be so strong. If the costume was his, it was certainly in bad taste, crude, etc., but not illegal. Meanwhile, we had Robert Byrd, SC Justice Hugo Black who really were Klansmen, plus possibly Warren Harding and Harry Truman.
Top

Not signed. I absolutely believe that he should resign, and think that he eventually will, but I'm not sure that impeachment isn't over the top.

The vote would be interesting, though. Does Northam still have Dem friends? Would Repugs prefer him, especially weakened, to Fairfax?
"When you can make people believe absurdities, you can make them commit atrocities."
-- Voltaire
Top

I think they'd have a hard time trying to impeach for something non-criminal that occurred before election.
Top

Roger Goodell Continues to Lie About Colin Kaepernick
At his “state of the league” press conference, the commissioner of the NFL fronted for racist collusion.
"When you can make people believe absurdities, you can make them commit atrocities."
-- Voltaire
Top

... In another photo, the caption refers to a student as “the Barracks Jew” for “having his fingers in the finances of the entire Corps.” The “N-word,” according to the Pilot, is used at least once, and a student from Thailand is referred to as being a “chink” and a “jap.” ...

Cyndi Hyde-Smith is from MS, not AL......but that's just a different shade of gray, or as the old Procol Haram song says "A Whiter Shade of Pale."

They all look alike.
"When you can make people believe absurdities, you can make them commit atrocities."
-- Voltaire
Top

If Gov. Northam didn't engineer the sexual assault accusations against Lt. Gov. Fairfax - which may be true, I have no opinion yet - he must be amazed at the fortuitous timing of them. He just might survive, especially with the polls saying that VA blacks want him to stay 55-37.
"When you can make people believe absurdities, you can make them commit atrocities."
-- Voltaire
Top

Hmmm, it gets more complicated.

IF the 2nd accuser's story becomes suspect, then it's back to a single he said-she said and even Fairfax may survive.
"When you can make people believe absurdities, you can make them commit atrocities."
-- Voltaire
Top

Colorado Sports Store Closes After Anti-Kaepernick Protest Backfires
Prime Time Sports is out of business after refusing to sell Nike merchandise because of the company’s ad deal with the former NFL player.

A Colorado sporting goods store is closing after refusing to sell Nike merchandise in a protest against the company’s endorsement deal with former NFL player Colin Kaepernick.

Prime Time Sports, which had been in business for more than 20 years, decided to pull Nike products from its shelves after the company’s deal with Kaepernick to be the face of Nike’s 30th anniversary “Just Do It” advertising.

Martin also canceled an autograph session with Denver Broncos linebacker Brandon Marshall after he became the third NFL player to kneel during the U.S. national anthem in 2016.

“As much as I hate to admit this, perhaps there are more Brandon Marshall and Colin Kaepernick supporters out there than I realized,” the store owner lamented....

Also, Nike's stock price is above where it was when it signed Kap early last Sept., despite the POSPOTUS losses in the overall market. Adidas, for example, is significantly lower.
"When you can make people believe absurdities, you can make them commit atrocities."
-- Voltaire
Top

Between this and Nike Kaepernick is getting millions for NOT getting squished by defensive ends. He wins, pitiful bigots lose. Haha.
"When you can make people believe absurdities, you can make them commit atrocities."
-- Voltaire
Top

Between this and Nike Kaepernick is getting millions for NOT getting squished by defensive ends. He wins, pitiful bigots lose. Haha.

I'd be real curious about the details of this deal; his NFL career is probably over as part of it I would guess....that in itself was probably worth a lot. In any case, I am glad he stood by his rights and came out ok.
Top

Alabama editor who called for lynchings by Klan should quit, senators say