Generally an unmoderated forum for discussion of pretty much any topic. The focus however, is usually politics.
Post Reply
First unread post • 689 posts

I was a Pence tweet virgin until GoCubsGo's link.

Me too, but I just put the tip in and got back out, so I think I'm still clean.
Top

Imagine if anyone had posted this wishful headline a year ago:

Georgia defeats 2 incumbents and elects a Black and a Jew to seize Dem control of the US Senate
"When you can make people believe absurdities, you can make them commit atrocities."
-- Voltaire
1312.
Top

Would be interesting to know how many georguns said today - did ya hear bout that negra elected to the Senate?
1/20/21 - the end of an error
Top 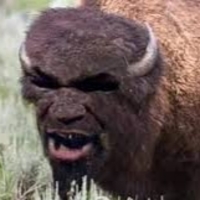 I would have also been fooled,

billy.pilgrim wrote: ↑
Wed Jan 06, 2021 9:14 pm
Would be interesting to know how many georguns said today - did ya hear bout that negra elected to the Senate?

I think Loeffler's obscene race-baiting ads informed most Georgians. I did not know that Ossoff is Jewish until it was mentioned at the end of this vid I stumbled on:

I'm not sure how well known it was among xtians.
"When you can make people believe absurdities, you can make them commit atrocities."
-- Voltaire
1312.
Top

Guessing - It might take a couple of days for Raphael Warnock to be sworn in. Loeffler's last official act may be the Jan 6 treason. It may even take awhile to figure out the winner in a close race.

Perdue (R-GA) is the only Sen that did not vote on either. Maybe the end of Loeffler’s term is different since she was appointed? Or, maybe the rules change when there are runoffs and Perdue was just too humiliated and drunk to show up while Loeffler is shameless. Idk.

After mob disrupts proceedings, Congress turns back Electoral College challenge, certifying Biden as the next president

... While a group of Republican lawmakers challenged the results in Arizona and Pennsylvania, those objections did not withstand a vote in either the House of Representatives or the Senate.

At approximately 3:33 a.m. ET on Thursday, Congress had certified enough electoral votes to surpass the 270 threshold that guaranteed Biden would become the 46th president, effectively ending a desperate bid by Trump and his supporters to overturn the results of the November election.

“The votes for president of the United States are as follows: Joseph R. Biden, Jr. of the State of Delaware has receive 306 votes. Donald J. Trump of the state of Florida has received 232 votes,” Vice President Mike Pence declared.

“The announcement of the state of the vote,” Pence continued, “by the president of the Senate, shall be deemed a sufficient declaration of the persons elected president and vice president of the United States each for the term beginning on the 20th day of January, 2021.”

Moments after Pence declared Biden the winner of the election, Trump released a falsehood-laden statement in which he pledged an “orderly transition” of power.

“Even though I totally disagree with the outcome of the election, and the facts bear me out, nevertheless there will be an orderly transition on January 20th,” Trump said in the statement made public by White House Deputy Chief of Staff Dan Scavino. “I have always said we would continue our fight to ensure that only legal votes were counted. While this represents the end of our greatest first term in presidential history, it’s only the beginning of our fight to Make America Great Again!”

... Trump spoke at a large rally in Washington, where he repeated numerous discredited claims, including that the election was rigged against him. He ominously informed his own vice president what he expected of him.

Trump also encouraged his crowd of roughly 25,000 supporters to head to the Capitol and make their displeasure with the certification clear....

“To those who wreaked havoc at our Capitol today, you did not win,” Pence said. “Violence never wins. Freedom wins. And this is still the people’s house.”

While Thursday’s vote reached an explosive conclusion, the final results of the election were not all that close. Biden received 7 million more popular votes than Trump.

With his Electoral College votes certified by Congress, Biden is now set to be inaugurated on Jan. 20.

Well, at least he effectively conceded. 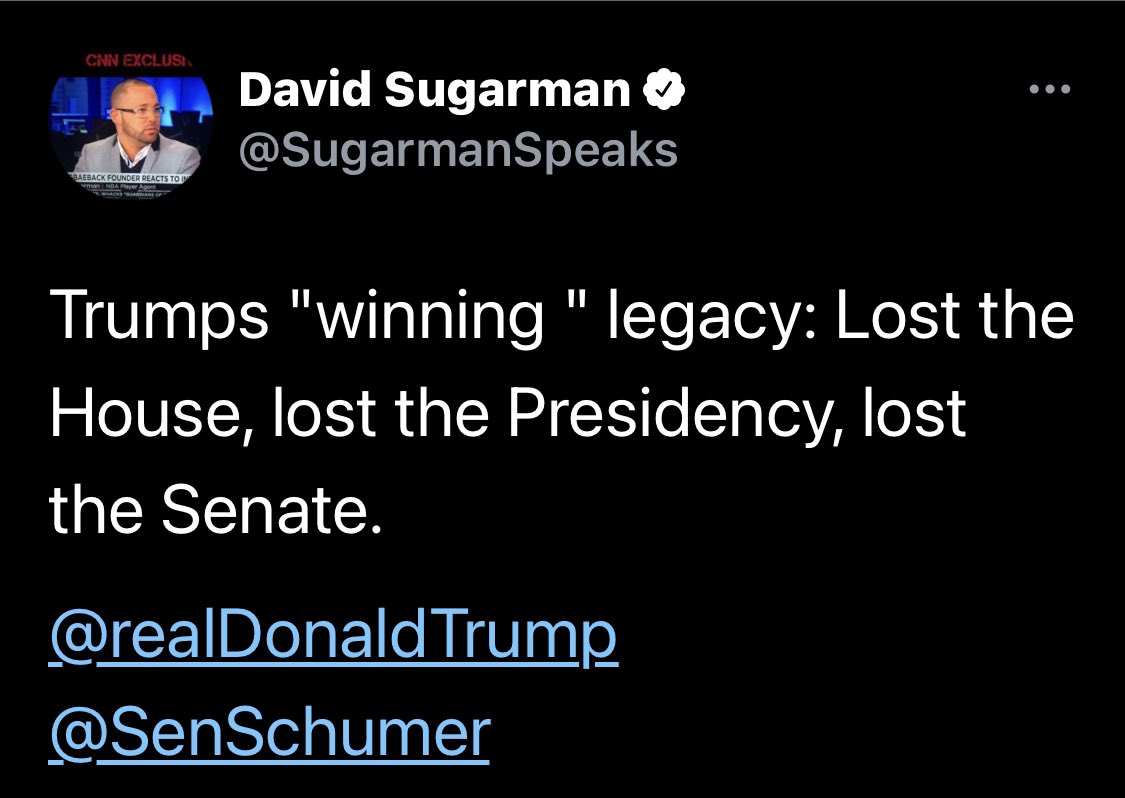 She goes on to name many of the "grassroots organizations doing the thankless, often-overlooked, mission-critical work of change."
https://twitter.com/AOC/status/13466558 ... 07906.html
Last edited by Vrede too on Thu Jan 07, 2021 8:56 am, edited 2 times in total.
"When you can make people believe absurdities, you can make them commit atrocities."
-- Voltaire
1312.
Top

AOC does not name any individuals at the link I posted but she cites, among other groups: "Thank you @fairfightaction"

Though nerve-racking at the time, it ended up being delicious that Loeffler and Perdue led for several hours. Pooor cons!
"When you can make people believe absurdities, you can make them commit atrocities."
-- Voltaire
1312.
Top

He's humiliated. The question is how long will he stfu?

The gasbag Perdue is still in COVID quarantine if I'm not mistaken. Maybe he'll stay there.
Top

He's humiliated. The question is how long will he stfu?

It's a digital wilderness, cue the Jesus comparisons.

Ah. However, votes usually list Senators that are "Not Voting". For example:
https://www.senate.gov/legislative/LIS/ ... vote=00292

Last night's votes don't mention Perdue at all. So. it's still unclear to me why Senator-unelect Loeffler was able to vote while Senator-unelect Perdue gets no reference.
"When you can make people believe absurdities, you can make them commit atrocities."
-- Voltaire
1312.
Top

Are the polls still undercounting Repugs or have they made adjustments? It might be a long night.

Pending the up to 17K military and overseas ballots that must arrive by tomorrow - too few to change the winners:

It was expected to be close - actually hoped to be close for Dems - but both were outside the .5 limit for recount. Life is improving.
Top

I was unclear. I meant "damn close" to the RCP Average predictions. I guess polling validity is not dead.
"When you can make people believe absurdities, you can make them commit atrocities."
-- Voltaire
1312.
Top

Ah. However, votes usually list Senators that are "Not Voting". For example:
https://www.senate.gov/legislative/LIS/ ... vote=00292

Last night's votes don't mention Perdue at all. So. it's still unclear to me why Senator-unelect Loeffler was able to vote while Senator-unelect Perdue gets no reference.

Beats me. Maybe they just forgot about old Pur Dew in all the hubbub. I suspect he's probably used to it. He's just a "use when needed" type of guy.
Top
Post Reply
689 posts