Generally an unmoderated forum for discussion of pretty much any topic. The focus however, is usually politics.
Post Reply
First unread post • 948 posts

Isn't it weird that 1 FAT CAN's whiny graphic flubs use of a question mark? Must be Russian.

Isn't it weird that the states that screech the most about "Benefits" are the slackers that blue states have to carry?

House vote probably tomorrow.
"When you can make people believe absurdities, you can make them commit atrocities."
-- Voltaire
Top

Escape to the land of milk & honey, take a knee fellas.
Top

Granted, it will fail in the Senate, but voters now have more info and the path is there if the Dems regain power.
"When you can make people believe absurdities, you can make them commit atrocities."
-- Voltaire
Top

Begging for Help: NM Gov Changing Her Tune on Immigration In February, Grisham made national news for thumbing her nose at the president, her citizens, and national security when she sent the National Guard packing. She blithely stated: “New Mexico will not take part in the president’s charade of border fear-mongering,” and received a blast of positive kudos from Democrat toadies in the Swamp. It fit their narrative perfectly and from a border state to boot.

But three short months later, after recall and impeachment petitions, shameful national news coverage of cities and towns overwhelmed by the “charade,” and 31 of 33 counties expressing their disdain for Grisham through resolutions, the governor is now asking President Trump and the Department of Homeland Security for their help.

“The governor wants to continue to urge the federal government to increase its personnel on the border as a means of improving the logistical and communications output,” said spokesman Tripp Stelnicki, whose head must be spinning like a top after Grisham’s desperate about face. He also hinted that the events in Otero County may be spiking fear in Grisham as other municipalities and counties are jumping on Griffin’s bandwagon. And frankly, no one is buying what Grisham is selling anymore.https://www.libertynation.com/begging-f ... migration/ Not exactly The Daily Beast - but it'll do.
Top

8-0!!!
Plus, Fort Worth is a GOP city.
https://en.wikipedia.org/wiki/Fort_Wort ... Government
Pitiful bigots lose, again.
"When you can make people believe absurdities, you can make them commit atrocities."
-- Voltaire
Top

Short-attention-span Americans follow shiny slogans and generalizations way too much to understand "immigration." Immigration isn't just one issue, but depends a lot on who is coming in and why. Policy on those seeking asylum should be different from those seeking work permits. "Immigration Reform" has become a euphemism for Keep Out As Many Mexicans And Central Americans As Possible. Actually, there wouldn't be nearly as many "illegals" in the country now if everybody hadn't gone into a panic after 9/11 and screwed up what was a fairly workable system. A rational administration would assign people to looking at the refugee issue, including reasons for acceptance, entry procedures, accommodations, etc. It would assign different people to look in border security issues, and different people still to look into import labor. All these are separate - and not even that closely related - issues. But hey, it's easier to say "gotta pertek Murica from invaders."
Top

Man in country illegally charged with 11 murders in Texas A Dallas man previously arrested in the death of an 81-year-old woman has been charged with killing at least 11 more elderly women whose jewelry and other valuables he stole, authorities said Thursday.
Kim Leach, a spokeswoman for the Dallas County district attorney’s office, said 46-year-old Billy Chemirmir was indicted Tuesday on six more counts of capital murder in the deaths of women ranging in age from 76 to 94. In addition to the murder charges, Chemirmir is being held on a charge of being in the country illegally.https://www.apnews.com/876d4dd4ce9e44eea0fb0588d7ec684f
Top

Agree or disagree with bigot 45SHOLE's goals, his policies have made things worse. Smart.
"When you can make people believe absurdities, you can make them commit atrocities."
-- Voltaire
Top

Damn, if only they'd had a 20-ft wall up at the airport where the guy flew into on a legal Kenyan passport 10 or so years ago, none of that would have happened, especially since there are no violent criminals who aren't here illegally.
Top

Geez, O Really, how many victims has there been?
Top

Texas Gov. Greg Abbott (R) pushed officials at the state’s Department of Public Safety to scour driver’s license records for noncitizens and forward that information to the Texas secretary of state, a fellow Republican, in advance of the state’s botched voter purge, according to emails made public Tuesday.

Texas officials would go on to falsely claim that they had found nearly 100,000 noncitizens registered to vote. They later admitted that number was based on deeply flawed data. But some Texas officials knew all along that they could access more information in order to determine whether the people whose driver’s licenses said they were noncitizens were actually noncitizens, the emails suggest — and pushed ahead regardless....

I've lost count myself, but cheer up; you're the perpetual victim. If it isn't one thing, it'll be another. You can do it. Being a victim tends to lend a sense of comfort or affirmation, so load up. And, damn if you're not a victim again (obviously unknowingly) in your dismal command of your native language.....you never read a lot of books, did you? It's "how many victims HAVE there been" not how many HAS there been. Goddam, you manage to be a victim and not realize it, but that's generally how that works.
Top

You’re upset that the illegal immigrant got caught...eh? No compassion for the elderly.
Top

Is There a Connection Between Undocumented Immigrants and Crime?
It’s a widely held perception, but a new analysis finds no evidence to support it.
https://www.themarshallproject.org/2019 ... -and-crime

Academic journal Criminology:
DOES UNDOCUMENTED IMMIGRATION INCREASE VIOLENT CRIME?
https://onlinelibrary.wiley.com/doi/ful ... 9125.12175
Abstract
“… The results from fixed‐effects regression models reveal that undocumented immigration does not increase violence. Rather, the relationship between undocumented immigration and violent crime is generally negative, although not significant in all specifications….”

The Myth of the Criminal Immigrant
The link between immigration and crime exists in the imaginations of Americans, and nowhere else.
https://www.themarshallproject.org/2018 ... -immigrant

All else equal, an immigrant is a safer person to hire than the average American.

I love watching bigots squirm and cower.
"When you can make people believe absurdities, you can make them commit atrocities."
-- Voltaire
Top

Dude. You're the one who posted it in the Immigration thread, thus making that the issue. There's lot of other threads you could have posted a crime, or there's a lot of comments you could have made about this one. Like lax security in rest homes or sloppy assumptions on the part of those completing death certificates in just figuring "oh, she's old, she probably just died." But no. You put it in Immigration as if that were relevant in this story of serial killing.
Top

Folks like him have become irrelevant or obsolete; thus becoming perpetual victims allows them to feel relevant like they assume they once were.
Top

Man, you are metamucil. I am always glad when a criminal is caught. And I'm elderly and am slap full of compassion for me and my kind. What's funny is your logic and the way you confuse cause and effect. This type of mindset is what leads you to be a member of the trump cult.
Top

This is hopeful, though, not counting the slight dip recently: 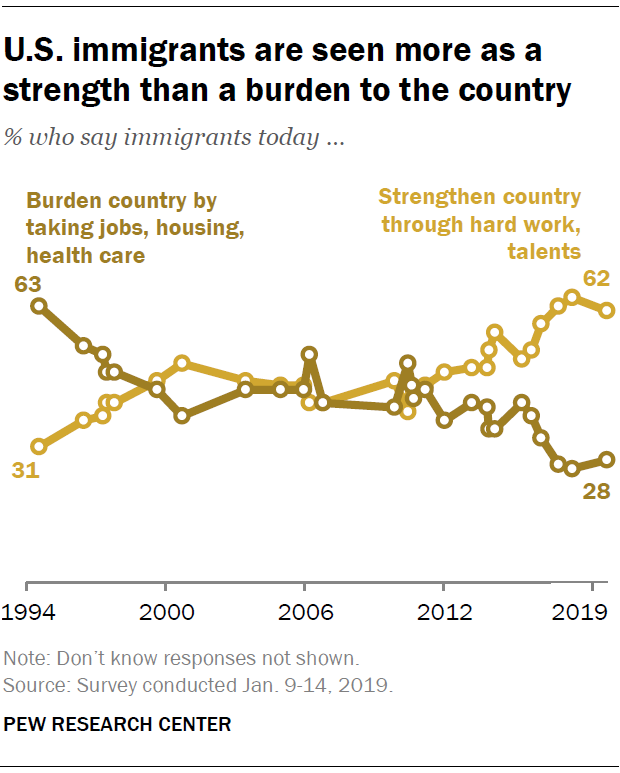 "When you can make people believe absurdities, you can make them commit atrocities."
-- Voltaire
Top
Post Reply
948 posts