Generally an unmoderated forum for discussion of pretty much any topic. The focus however, is usually politics.
Post Reply
First unread post • 1954 posts 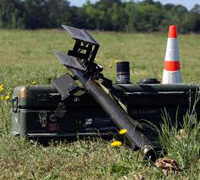 Whatever blew your skirt up today. A joke. A picture. An event. Something Bachman said.

Stinger wrote:Whatever blew your skirt up today. A joke. A picture. An event. Something Bachman said.

Funny you should mention...
http://www.pikebrewing.com/beers_PikeKiltLifter.shtml
Top

Whenever I see Leo Lyons' avatar, the urge to sing "The Lion Sleeps Tonight" is just a whim away.

rstrong wrote:Whenever I see Leo Lyons' avatar, the urge to sing "The Lion Sleeps Tonight" is just a whim away.

Two for two. That's the other one I grabbed this morning before work.

Thanks for the smiles, everyone.

Stinger wrote:Whatever blew your skirt up today. A joke. A picture. An event. Something Bachman said.

Funny you should mention...
http://www.pikebrewing.com/beers_PikeKiltLifter.shtml

So you look up under kilts.
Proudly Telling It Like It Is: In Your Face! Whether You Like It Or Not!
Top

Roaring into the 21st century.

The power of The Force can really come in handy sometimes.

Two guys, one old, one young, are pushing their carts around WalMart when they collide.
The old guy says to the young guy, "Sorry about that. I'm looking for my wife, and I guess I wasn't paying attention to where I was going."

The young guy says, "That's OK, it's a coincidence, I'm looking for my wife, too... I can't find her and I'm getting a little desperate."

The old guy says, "Well, maybe I can help you find her...what does she look like?"

From an e-mail I got today:

When you are over sixty who gives a $hit?

This asshole looked at my beer belly last night and sarcastically said, "Is that Corona or Bud?"

I said, "There's a tap underneath; taste it and find out."

I was talking to a girl in the bar last night.

She said, "If you lost a few pounds, had a shave and got your hair cut, you'd look all right."

I said, "If I did that, I'd be talking to your good looking friends over there instead of you."

***********
I was telling a girl in the pub about my ability to guess what day a woman was born just by feeling her boobs.

After about thirty seconds of fondling she began to lose patience and said.

I got caught taking a pee in the local swimming pool today.

The lifeguard shouted at me so loud, I nearly fell in.

The girl giggled and said with a smile, "Do you really think so."

I said "Definitely! Most tables would have collapsed by now."
Top


Made me think of the Buffalo Theory as told by Cliff Clavin:

"No one can explain this as well as Cliff Clavin, on Cheers. One afternoon at Cheers, Cliff Clavin was explaining the Buffalo Theory to his buddy Norm. and here's how it went:

"Well ya see, Norm, it's like this... A herd of buffalo can only move as fast as the slowest buffalo. And when the herd is hunted, it is the slowest and weakest ones at the back that are killed first. This natural selection is good for the herd as a whole, because the general speed and health of the whole group keeps improving by the regular killing of the weakest members.

In this way, regular consumption of beer eliminates the weaker brain cells, making the brain a faster and more efficient machine. That's why you always feel smarter after a few beers."

Think I'll have another.. .

The husband, a typical non-romantic, replied, "I am on the toilet. Please advise."
Top

Remind me to never Kung-Fu a rooster!

Damn! Is that Colonel Taylor illustrating his modus operandi? Sure looks like it.
Top
Post Reply
1954 posts