Generally an unmoderated forum for discussion of pretty much any topic. The focus however, is usually politics.
Post Reply
First unread post • 261 posts

If anyone wins in October, I will figure something has been rigged.
Speaking of Rudy, WTF?
Top

Vrede too wrote:If anyone wins in October, I will figure something has been rigged.

Harambe.
You aren't doing it wrong if no one knows what you are doing.
Top

Do you think crooked Hillary had Harambe killed?
You aren't doing it wrong if no one knows what you are doing.
Top

Guys, your Harambe memes are making the Cincinnati Zoo sad 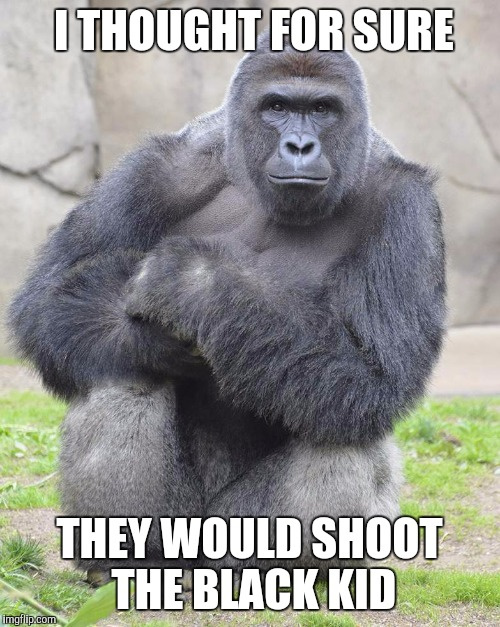 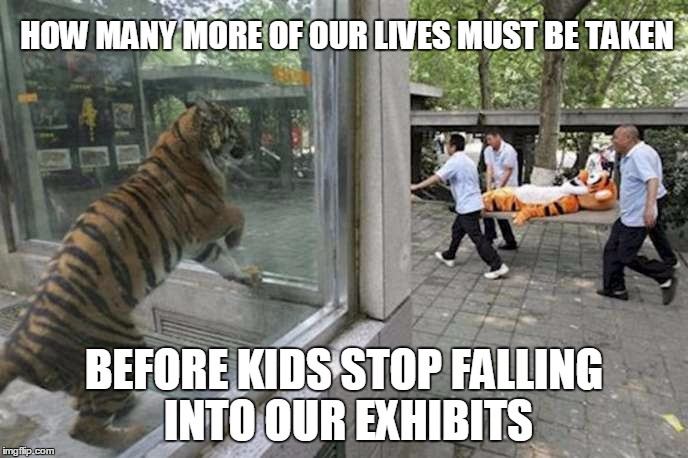 rstrong wrote:As of July 17th, Canada has resettled 29,207 Syrian refugees. Another 2,479 applications are finalized, but the refugees have not yet travelled to Canada. A further 17,523 applications are in progress.

They're being spread out in over 300 communities across Canada. The idea is to integrate them into Canadian society, rather than having European-style ghettos and enclaves.

A wonderful thing happened on Wednesday when one family got lost....

and even a little

10,000th Syrian reaches US this week in resettlement program

More than I would have guessed, but still.
Speaking of Rudy, WTF?
Top

Vrede too wrote:10,000th Syrian reaches US this week in resettlement program

More than I would have guessed, but still.

Well, it *is* an election year.

As of August 21st, Canada has resettled 30,136 Syrian refugees. Another 3,265 applications are finalized, but the refugees have not yet travelled to Canada. A further 18,842 applications are in progress.
Top

Maybe if Mexico and Israel mediate.

﻿Why Is the United States Abetting Saudi War Crimes in Yemen?
The Obama administration’s record-setting arms deals with Riyadh have strengthened extremists and led to greater regional instability.

Let’s End America’s Hopeless War for the Middle East
Our country’s longest war is unwinnable, and we have more important things to do.
Speaking of Rudy, WTF?
Top

Vrede too wrote:Back Murphy-Paul-Lieu-Yoho Limits on Weapons to Saudis (petition)

The outcome, which was a victory for Saudi Arabia, came as the US-Saudi relationship is being carefully examined and managed by restive lawmakers.

Congress will vote in the coming days in favor of another highly sensitive matter the Saudis strongly oppose. Lawmakers are expected to override President Barack Obama's veto of a bill that would allow victims and families of the 9/11 terrorist strikes to sue Saudi Arabia for its alleged role in them....

A coalition of liberal and conservative senators pushed the resolution to scrap the sale.

Sen. Rand Paul, R-Kentucky, argued that by selling tanks and other military equipment to Saudi Arabia the US is essentially joining the war in Yemen without congressional authorization.

"We are complicit and actively involved with war in Yemen. There's been no debate in Congress, really no debate in the public sphere, over whether or not we should be at war in Yemen," Paul said. "We are currently doing inflight refueling of bombers, Saudi Arabian bombers that are bombing in Yemen. We are helping to select sites and we actually have had Special Forces involved in these decisions in the theatre as well."

Sen. Chris Murphy, D-Connecticut, warned America would be blamed for humanitarian disaster in Yemen and could lead to a backlash against the US.

"There have already been thousands and thousands of civilians killed," said Murphy. "If you talk to Yemenis, they will tell you that this is perceived inside Yemen as not a Saudi-led bombing campaign, which it's broadly advertised in the newspapers, but as a US bombing campaign or at best a US-Saudi bombing campaign. There is a US imprint on every civilian death inside Yemen, which is radicalizing the people this country against the United States." ...

The pro-sale argument essentially is that out of all the things we could possibly do for Saudi Arabia the only acceptable one is to sell them arms while they are actively killing Yemenis.

27-71 according to the Senate website. NC's Burr & Tillis both voted with the majority, as did SC's Graham and Scott and TN's Alexander and Corker. 22 Dems, 4 GOP and Bernie were in the minority.
Speaking of Rudy, WTF?
Top

Congress: Debate & Vote Before War with Russia or Syria

Congress must debate and approve or reject an authorization for the use of military force before the U.S. takes military action against Russian or Syrian military forces in Syria.

Vrede too wrote:If anyone wins in October, I will figure something has been rigged.

I think she won when Kasich and Rubio dropped out.
Speaking of Rudy, WTF?
Top

Ask the dead babies in Fallujah
George Carlin said “The owners know the truth. It’s called the American dream because you have to be asleep to believe it.”
Top

Sad but not surprising in Hooterville. My former northern Rockies home has a very active refugee solidarity group. Meanwhile, WNC is infamous for several white rightwing Christian terrorists. Maybe other places will start refusing permission for us to resettle elsewhere.
Speaking of Rudy, WTF?
Top

38,713 - Syrian refugees have arrived in Canada
2,712 - refugee applications have been finalized, but they have not yet travelled to Canada
18,112 - refugee resettlement applications in progress
Top

CBC: Sweet success: How the Hadhads went from refugees to employers in 1 year
Top

Dem (along with Rep. Walter Jones, R-N.C.) seeks to block US troops going to Syria after Marines deployed (article)

H.R.1473 - To prohibit the deployment of members of the Armed Forces to Syria for purposes of engaging in ground combat operations, and for other purposes.


To be delivered to The United States House of Representatives