Generally an unmoderated forum for discussion of pretty much any topic. The focus however, is usually politics.
Post Reply
First unread post • 509 posts

True, in French, but:
Automotive press asked Chevrolet product managers, what is a Camaro? and were told it was a small, vicious animal that eats Mustangs.

Maybe they should have called it the Honey Badger instead.

For a long time, all Chevrolet car models began with the letter "C" until they ran out of options. The Cocksucker and Cornhole never got much advocacy.
Top

The Cocksucker made it to market, but they re-named it "Vega." Not the first time a car name should have undergone a bit more thought before rollout.
Top

I didn't jump in on the discussion of youthful traffic accidents earlier, but here's mine. My first car was a '57 Chevy like this: 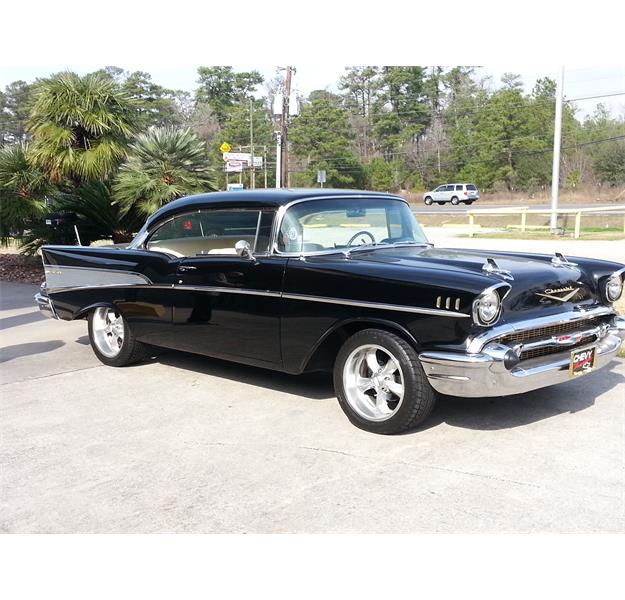 I loved that car. So I had been out to Leesburg, VA hang out with a friend and was on my way back home. Leesburg back then was the far reach of back and beyond. It was somewhere around 11pm and I was driving behind a ratty old Ford of some kind, who was poking along about 45 in a 55 zone. I waited for a good straight opportunity, flashed my lights, tooted the horn, and stood on it. As I was going around, the sonofabitch turned left in front of me. No signal, no working brake lights. He flipped, I skidded back and forth, finally bounced off the road and slammed sideways into a tree. There were 5 people in the car, none of whom had life-threatening injuries, but all of whom were pretty well banged up. I was fortunate to have installed seat belts in the '57 - actually more of a style thing at the time, but still...and I had no injuries. Cops showed up, made an immediate value judgement of a 16-year old kid with out of state license and a hot car and wrote me up for a bunch of crap. Reckless driving, improper passing, "failure to see intended move could be made safely". exceeding safe speed for conditions, and littering (JK about the littering, but if they'd been able to think up something else they probably would have.) Fortunately, there was another car that was behind me and he testified on my behalf in court that yes, I was within speed limit, yes I signaled, no the other driver didn't signal and had no brake lights. All charges dropped, but my dream car was totaled.

It was a while before I got a decent car again, and was sentenced to drive around in one like this for almost a year. 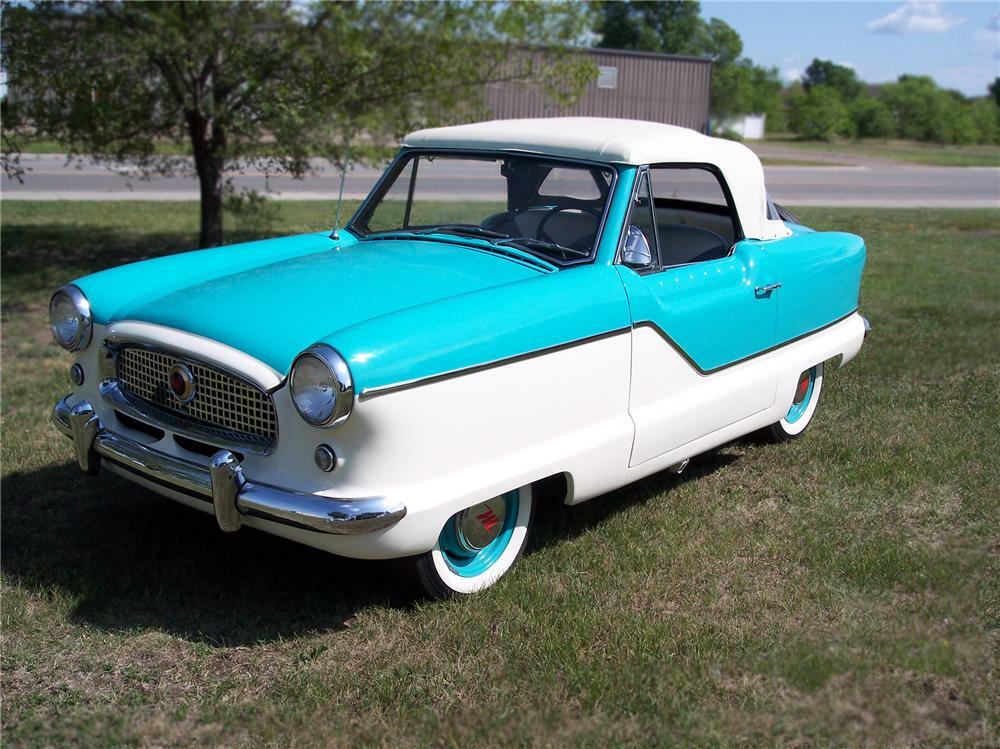 Cool that you had a 57 Chevy; also that you were able to beat the bum rap about the crash but too bad about the car. And, hey, driving that Nash would be considered cool today. As a teenager, a couple of my friends parents had some cool cars; ones mom had a Thunderbird with the opposing doors and another friends dad had a Lincoln built just for him; it had a small plate on the glove box cover with the "built for (the dads name)". I will admit that I actually liked the AMC Pacer and Matador cars that were a miserable commercial flop. The Pacer was nearly a square car; nearly as wide as it was long.
Top

The 57' Chevy still remains a legendary icon today, they were still popular on Saturday nights cruising the boulevard in the 70's. My first car was a Nova similar to this.Some street racers weren’t attention seekers. They got their kicks by humbling flashy, high-buck muscle cars, shutting them down in an ambush of speed and stealth. The 1969 Chevrolet Nova SS 396 seemed ideal for such duty. But looks can be deceiving.

Chevy had redesigned its compact for ’68, but the look was still pretty tame. The chassis design, however, was shared with the Camaro, so big blocks finally fit. Sure enough, the 396-cid V-8 appeared as a Super Sport option partway through ’68. For ’69, the 396 was back in 350-bhp tune and -- for those who knew how to play the order form -- as the 375-bhp L78.SS badges, black-accented grille and tail, and simulated hood air intakes marked the exterior, but nothing shouted supercar. Still, all stealthiness seemed to dissolve with the L78. What the “396” numerals on the fender suggested, the racket of solid lifters and the ominous rumble from dual exhausts confirmed. An SS Nova was no sleeper in 375-bhp L78 form. The clatter of solid lifters and the rumble from its dual exhausts attracted too many eyes to those “396″ badges.

“The junior Chevy with the senior engine... is an instantly recognized and feared street cleaner,” reported Car and Driver. “The 396 Chevy II sure wasn’t the invisible sleeper we had expected, but it was every bit as wild as we hoped.” 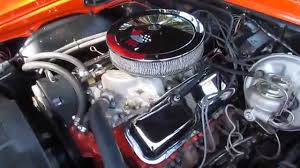 I knew a guy who had a 69 SS396 Nova; sort of a maroon color, very spartan; didn't even have carpet but instead some sort of rubberized black material covering the floors. That car got stolen and he never did get it back. It sure would put your head back if you stomped on it.
Another friend's dad owned the local Chrysler Plymouth Dodge dealer here in town, so the friend always had something like a Roadrunner, GTX, Barracuda, Duster, Charger, or Challenger to drive for short periods of time. I still remember the Barracuda; 440ci with the factory six pack he once had. whew!
Top

My brother had a 68' Dodge Charger 383 4 speed, that thing was fast. I remember the speedometer going past 140, the car felt like it was floating on the highway. A real adrenaline rush, better than any of those roller coasters today. He also had one of these.In any discussion about the “best muscle cars ever,” it’s a pretty sure bet that the ’70 Chevelle will be at the top of many lists, especially the Super Sports models outfitted with the ground-pounding LS6 option. That was the year GM finally lifted its ban on putting engines larger than 400ci in intermediate-size cars; Chevrolet responded with a 454-inch torque monster, bigger than its Hemi and Boss rivals. 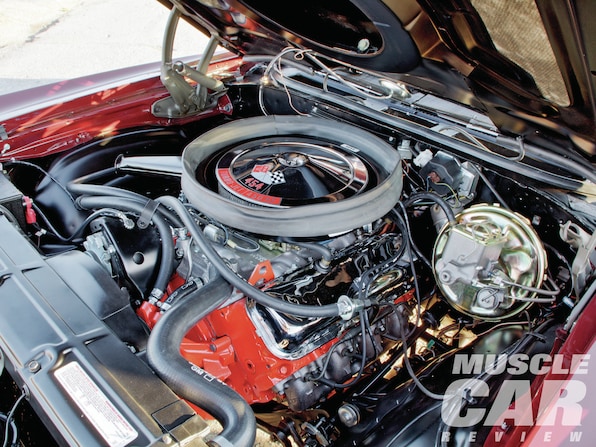 In fact, Chevy offered two 454s for 1970. The tamer of the two, the LS5, was rated at 360 hp and 500 lb-ft of torque, enough twisting force to best the vaunted Hemi by 10 lb-ft and the Boss ’9 by 50 lb-ft. If that wasn’t hairy enough, the brutish LS6 was also available, with a rock-solid four-bolt main cap foundation and breathing through giant valves in the heads and a premium-guzzling 780-cfm Holley four-barrel. The torque rating for the LS6 equaled the LS5, but the horsepower rating grew to 450 hp, a number that was most likely shy of actual output by more than a few dozen ponies. All that power was wrapped in arguably the best-looking Chevelle ever. The 1970 Chevelle was bulked up with muscular fenders, a chunkier grille between the quad headlights—which were restyled and separated—reshaped C-pillars, and new bumpers front and rear. SS models were fitted with the trademark bulging hood, which now could be topped by the ZL2 Cowl Induction system, a vacuum-actuated flap that allowed cold air to flow into the Holley.

Hideaway headlights remained up front for the restyled 1968 Dodge Charger, but the new “Coke-bottle” body was new along with a tunneled rear window and dual round taillights. Dodge’s mundane 318 cid V-8 was again standard for base models, which could be refitted with a budget-conscious 225 cid six-cylinder or a 383 big-block V-8 topped by either a two- or four-barrel carburetor. 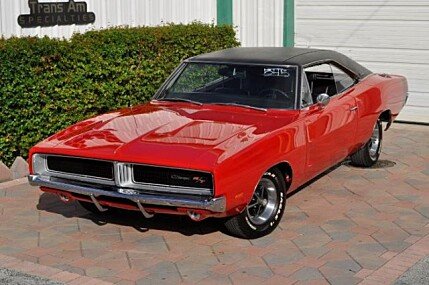 My mum got a 65 Impala SS396 when she was about 40ish. Drove it as regular transportation for about 10 years, then kept it garaged and hauled out for exercise every now and then until she finally sold it sometime in early 90's. Similar to this one... 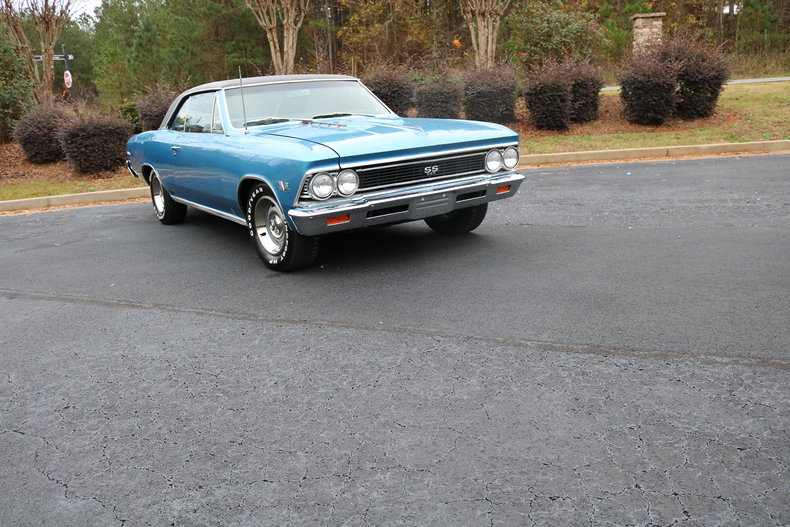 I guess some of us are fortunate to have lived in the era of high performance American cars. They are starting to make a comeback. Not long ago I read a story about the new Corvette; it said the thing makes nearly a thousand horsepower and was warping the aluminum frame in factory evaluations. Now that's some torque. 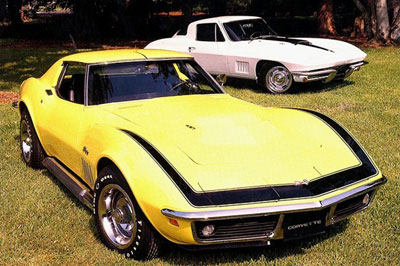 Like the L88 racing engine, Zora Duntov made the ZL1 available as a regular production option (RPO) but was rarely ordered because of its high price of $4,010 on top of the $1,032 L88 option. This made the ZL1 option the most expensive engine ever offered by GM. Furthermore, the engine wasn’t as thoroughly tested as the L88 which had already proven itself in 1967 by winning at Daytona.

The all-aluminum engine was cast entirely differently than the 427 in L88 model, having larger block thickness and increased support webbing. It was developed from the ground up and benefited from the lessons learned with the 283 in³ all-aluminum engine. The first versions were used in 1967/68 by Chaparral for the Can-Am season. Suffering from major leak issues due to the porosity of aluminum, the ZL1 reached final specification in 1968 and was sold in certain Camaros and Corvettes or sold over the counter for about $2000.

The 1969 ZL1 motor was the most powerful engine that was ever offered in an American built automobile back then. It was the direct descendent of the L88 and the all aluminum Can Am racing engine of the same era. Although factory rated at 430 hp, the actual output was more like 585 hp.

Oh my! All that Muscle in a truck! 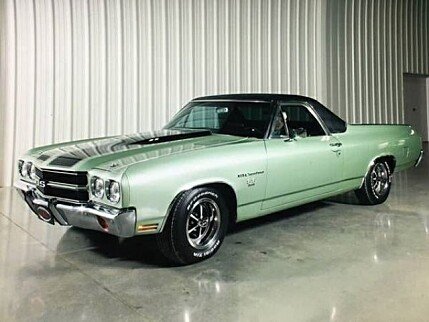 When is a truck not just a truck and a muscle car much more than a muscle car? When they’re an El Camino, of course. Chevrolet’s third-generation “personal truck” mirrored the A-body Chevelle upon which it was based and shared engines and equipment, and when fitted with ultra high-performance SS454 equipment, the 1970-1972 El Camino could run rings around many conventional muscle cars while retaining a semblance of truck utility. Like Chevelles, El Caminos are blessed with an amazing availability of restoration and performance parts, and they appeal to folks who love big-block power, who need utility beyond what a coupe or convertible can offer, who appreciate the El Camino’s “neither here nor there” style, and who don’t like to see their doppelgängers at every stoplight. The Chevrolet El Camino SS454 truly inspires bowtie pride while hauling from both ends.The 1970 restyle brought quad headlamps set in a body-colored surround panel, which framed a bold horizontal grille split by a body-colored bar. Circular parking lamp/turn signals were mounted in the front bumpers, and SS grille and fender badges and a standard domed or optional cowl-induction hood were part of the Super Sport package. The $2,850 V-8-powered El Camino Custom was the basis for RPO Z15/LS5 and RPO Z15/LS6, which translated to the new SS454 and eclipsed the previous top-performing SS396. This $503.45 Z15/LS5 package brought a 360hp 454-cu.in. V-8, chrome engine accents, dual exhausts, power front disc brakes, a black painted grille, chrome wheel-arch moldings and 14 x 7-inch styled steel wheels. Adding the $263.30 Z15/LS6 package netted the famed 450hp LS6 V-8, making the 1970 El Camino the hands-down fastest truck on the planet. The aforementioned cowl-induction hood was part of the $147.45 ZL2 package, which included a sport-striped, pin-secured hood with a vacuum-operated flap that ducted low-pressure cold air to the carburetor when the accelerator was floored. Shouldn't you be giving credit to the author?
Top

Sure billy, you didn't see the link under the photo?
Top

You should appreciate this one billy. 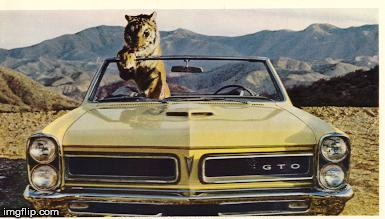 Sorry, I missed it.

Loved GTOs, but LeMans were my favorite (cool older kid on my block had one - so kind of a home team pick)
Top

Coulda been in the "Dumb Headlines" thread, but since it's a Camaro...
The link at MSN was: "Camaro involved in apparent collision with 2 bison found dead in park"

Dead Camaro? in park, not in drive or neutral? Banged up car, two dead bison in an "apparent" collision? 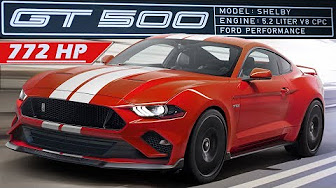 As well as the old.