Someone Already Got Michael Phelps’ Game Face Tattooed on His Body Not that I'm very into tats, especially of people that you may hate next year for some reason, but that one's really well done.
Speaking of Rudy, WTF?
Top

Final word? Alkalinity, not algae, then too much chlorine to compensate.
Speaking of Rudy, WTF?
Top

John F. Kennedy Airport’s Terminal 8 was evacuated Sunday night after gunshots were reported. Or at least people thought it was gunshots.

After an initial investigation, police discovered that it was not gunfire that startled frightened travelers at JFK. It was actually clapping and banging after Usain Bolt’s history-making sprint that caused the ruckus....

Photo finish! Who wins the gold for least classy American in Rio, Lochte and Feigen or Hope Solo?

Detained U.S. swimmers to meet with authorities amid report of altercation at gas station
Speaking of Rudy, WTF?
Top

Wow, what a stupid, drunken lie, as proved by video, with Lochte even humiliating his own Mom by fooling her into spreading the lie. They've got one hope if they want to salvage their careers, endorsement deals and reputations - apologize to the world and Brasil and face what will certainly be mild Brasilian justice. We'll see.
Speaking of Rudy, WTF?
Top

Wow, what a stupid, drunken lie, as proved by video, with Lochte even humiliating his own Mom by fooling her into spreading the lie. They've got one hope if they want to salvage their careers, endorsement deals and reputations - apologize to the world and Brasil (sic) and face what will certainly be mild Brasilian (sic) justice. We'll see.

Feigning sophistication just ain't your bag, nor are you Portuguese. Fail.

Don't take life too seriously; No one gets out alive
Top

I thought Seth Milner was going to post something relevant. My bad.

It's not "sophistication" to spell it "Brasil" like the Brasilians do, but I appreciate the thought. It's a rare descriptor for me.

Having spent 6 weeks in Brasil and sailed for years with Brasilians, I just choose not to buy into our linguistic stupidity and cultural arrogance. After the first time you're asked why you spell it "Brazil", it's just basic respect and courtesy to be able to honestly say, "I don't."
Speaking of Rudy, WTF?
Top

Not to defend stupid, probably drunken and almost assuredly arrogant, cocky young men perpetuating the Ugly American stereotype abroad, but . . . if Rio is so rightfully concerned about its image, and so incensed that their police are intentionally portrayed as criminals with badges & guns, what's with this Okay-You-Can-Go-If-You-Pay-Us-$11,000 bullshit? No trial, no charges, just what appears to be a bribe.
"On some great and glorious day the plain folks of the land will reach their heart's desire at last and the White House will be adorned by a downright moron." — H. L. Mencken, July 26, 1920, in The Baltimore Evening Sun
Top

The $11,000 is going to charity, charges and trial would be extreme for what was just minor drunken vandalism that had already been paid for, public urination and an idiotic lie, and it seems like a fair price to me for the police hassle and unfair negative PR for Rio. If Jimmy Feigen didn't agree, he could have chosen charges and trial. Heck, for all we know it was his or his lawyer's idea to pay up.

Plus, the likely outcome was the same - "Police said Thursday that – if found guilty of providing false testimony – the swimmers would likely be required to pay a fine but would not face prison time."

Not everywhere is as prison-happy as the US and prosecution wouldn't have helped Rio's image any more than this outcome did.


... Feigen will reportedly donate 35,000 Reals to Reaction Institute, a non-governmental sporting program created by Olympic medalist Flavio Canto in 2003 that touts itself as an organization that uses judo to promote development and social inclusion....

Win-win. What's to gripe about?

If I understand correctly, the story only came out because Lochte lied to his Mom and she went public. Then, he and Feigen made things far worse by repeating the lie. What I really want to know is what Lochte's Mom is going to do to Lochte.

Brasil's jails can't be worse than that.

The only thing that helps Lochte at all is that he was apparently known to be pretty dumb even when sober and before this mess.
Last edited by Vrede too on Fri Aug 19, 2016 1:54 pm, edited 1 time in total.
Speaking of Rudy, WTF?
Top

Vrede too wrote:Photo finish! Who wins the gold for least classy American in Rio, Lochte and Feigen or Hope Solo?

Q: What did Lochte say after his teammates told the police what really happened?
A: "...and I would have gotten away with it if it weren't for you medaling kids!"
Top 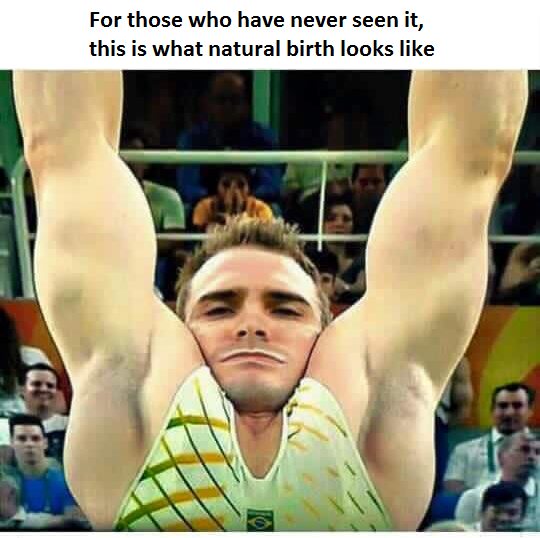 Don't take life too seriously; No one gets out alive
Top

Cool, America led by a short black Catholic female SoCal student with a Hebrew first name whose parents are immigrants from Haiti and Belize.

Ouch, WASP men. Get used to it.
Speaking of Rudy, WTF?
Top

OMG!!! she's a ... a .... Christian!!! Quick! somebody call the FFRF; get them medals rescinded!!
Don't take life too seriously; No one gets out alive
Top

Seth Milner wrote:MRFF founder Mikey Weinstein (said). “Had that been the Book of Satan or the Koran there would be blood in the freaking streets.”

WTF is this idiot talking about?

Perhaps you should ask this similar idiot who occasionally makes the same claim:


Seth Milner wrote:If that clerk in Kentucky had been a Muslim, do you think she would have landed in jail for failing to do her job because of religious anti-homosexuality beliefs?

"The one with the twitching little nose that's always up my ass" wrote:
Or this idiot:
"Seth Milner"] [/quote]
Then there's this bigger idiot: "rstrong"

A horse walks into a bar. The bartender asks, "why the long face?" The horse, incapable of understanding human language promptly shits on the floor and leaves.

rstrong wrote:A horse walks into a bar. The bartender asks, "why the long face?" The horse, incapable of understanding human language promptly shits on the floor and leaves.

The horse thought that's the way it's done in Canada; that's why Canadians are full of horse shit because they are incapable of doling out understandable language. It's like any conversation in Canada.

Should'a stuck with rabbit pills.
Don't take life too seriously; No one gets out alive
Top

Sorry that offended you; I really didn’t think you’d get it.
Top

rstrong wrote:Sorry that offended you; I really didn’t think you’d get it.

Don't take life too seriously; No one gets out alive
Top
Post Reply
130 posts