It's a good day when you are named homecoming queen, kick two field goals in regulation, score seven of your team’s 13 points, and kick the game-winning extra point in overtime. 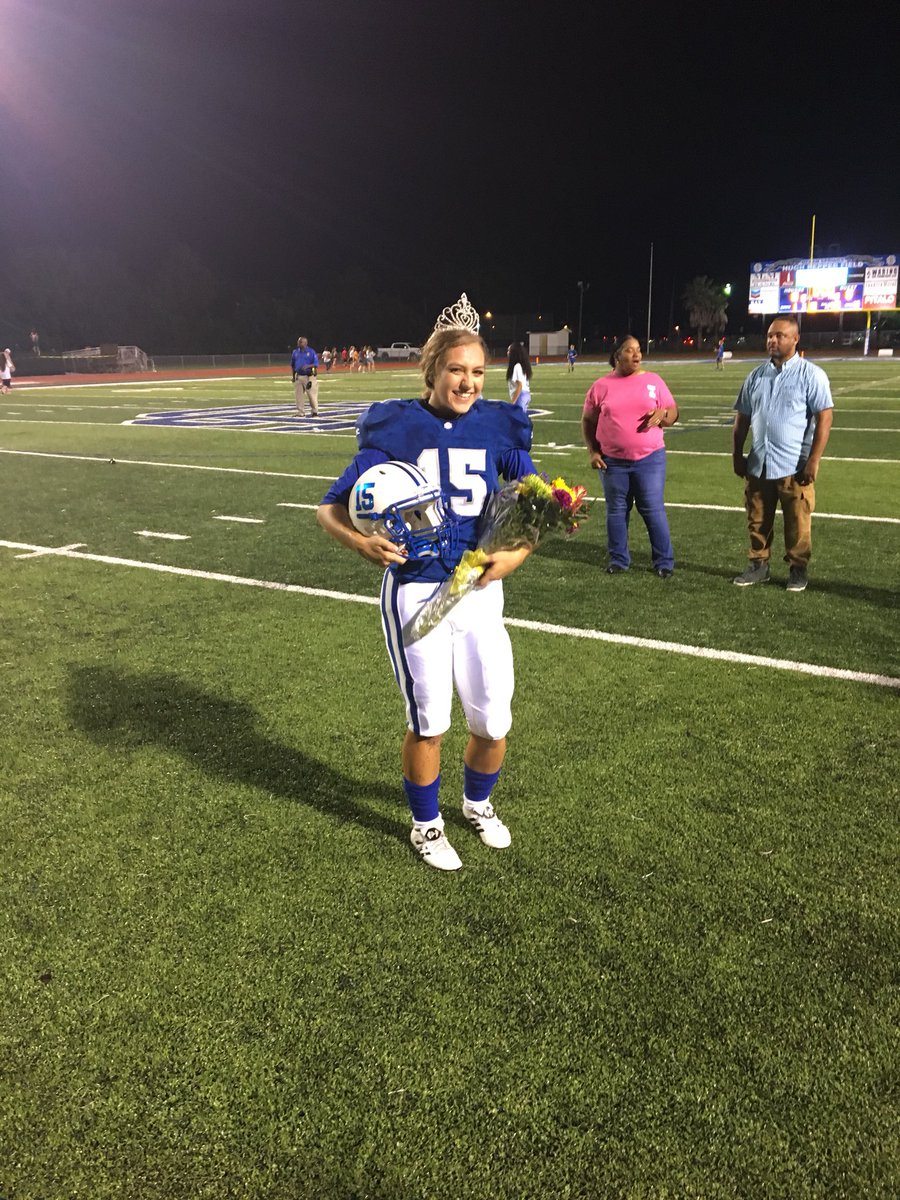 Oh, and she's a soccer star, too. Good on you, Ocean Springs, Mississippi.
Speaking of Rudy, WTF?
Top

Yeah, but Leo would spoil her day with a dress code violation for showing too much leg over her socks.
Top 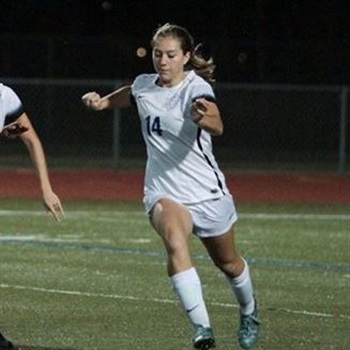 I can't imagine why no one is looking at this guy.

"they call him Bubba"

"He is on the field nearly every snap. In a span of 10 minutes, he plays quarterback, running back, fullback, left tackle and defensive tackle."

"This season, Bubba had his own package—the "Flex" package—and a series of play calls for short-yardage situations. But he was not simply limited to those."

"In a more expanded offensive role, he ran for 326 yards on 39 carries and scored three touchdowns. He also completed three of four passes for 87 yards and another score. Defensively, he added 38 tackles, seven tackles for loss and three sacks."
George Carlin said “The owners know the truth. It’s called the American dream because you have to be asleep to believe it.”
Top

Seems hard to imagine him not eventually getting his scholarship. Good luck, Bubba.
Speaking of Rudy, WTF?
Top

Somebody will take him. But most of the schools recruit a "formula" that doesn't leave much room for creativity. Like Virginia Tech turning down Stephen Curry because of his size.

Re: A High School Newspaper Was Suspended For Publishing An Investigation Into Football Players’ Transfers
“They are like, ‘Well, you raised an uproar, we’re going to try and silence you,’” said Halle Roberts, 17, the editor-in-chief of the Har-Ber Herald in Arkansas.
https://www.buzzfeednews.com/article/am ... d-football

Great job, you have declared to the nation that Springdale Public Schools will:
Cheat and break the law, for football;
Lie about having cheated and broken the law;
Further break the law and defecate on the Constitution when you're caught cheating and break the law;
Punish quality journalists and a quality advisor for having the integrity that you entirely lack.

Shame. Resign, you are dangers to the students, staff, sport, community, state and nation. 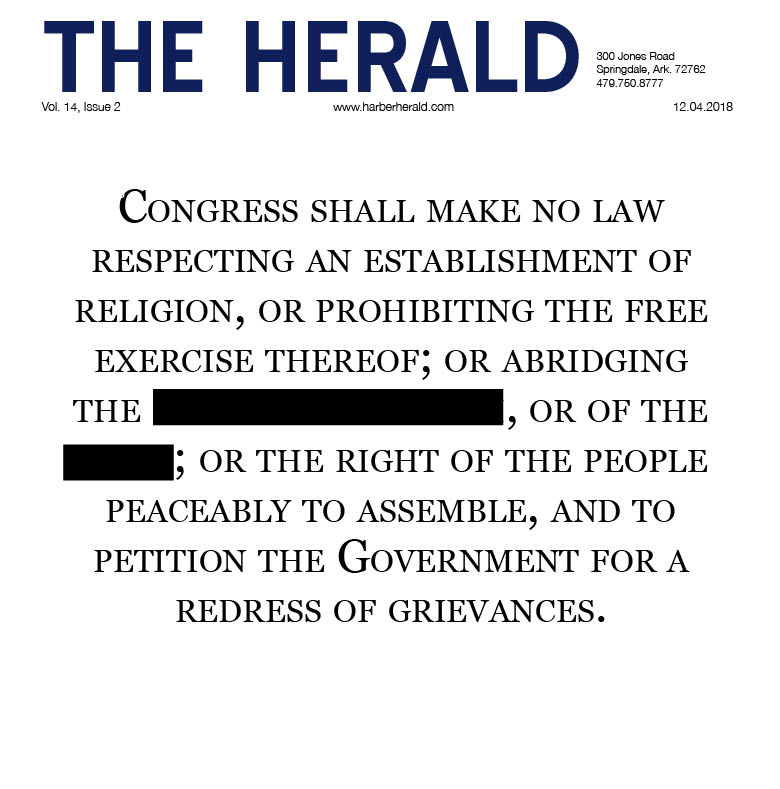 Thank you for your amazing work, and please pass the same on to the Har-Ber Herald staff. Below is an email I've sent to Springdale Public Schools officials.

Last year Mallard Creek saw the Dutch Fork players getting off the bus with the lightning in the background and ran back inside their field house.https://www.charlotteobserver.com/sport ... 04324.html
"Only God can do this and I give him all the glory. I know where my strength comes from and I know it's simply by his grace that I've been able to walk this walk and walk this journey." - Dabo Swinney
Top

The Super Bowl that didn't take place. https://www.charlotteobserver.com/sport ... 81055.html
"Only God can do this and I give him all the glory. I know where my strength comes from and I know it's simply by his grace that I've been able to walk this walk and walk this journey." - Dabo Swinney
Top

Scotland will face a familiar foe at Battle of the Carolinashttps://www.laurinburgexchange.com/spor ... -carolinas

LUMBERTON — Scotland’s scrimmage against Dillon High School has been one of the highlights of the Battle of the Carolinas Football Classic jamboree for the last two years.
The teams will clash again on Aug. 12 as a part of the full-contact jamboree’s fifth installment. The event, which is hosted by Lumberton High School, features five games between teams from North Carolina and South Carolina.
Scotland’s game, the fourth contest of the day, is scheduled to begin at 8 p.m. Dillon defeated an inexperienced Scotland team 18-7 last year, and the Fighting Scots are hoping to be more competitive this time around.
“Dillon put it to us last year a little bit,” Bailey said during the pre-jamboree press conference on Thursday.
"Only God can do this and I give him all the glory. I know where my strength comes from and I know it's simply by his grace that I've been able to walk this walk and walk this journey." - Dabo Swinney
Top

https://www.wbtw.com/sports/battle-of-t ... mberton-2/
"Only God can do this and I give him all the glory. I know where my strength comes from and I know it's simply by his grace that I've been able to walk this walk and walk this journey." - Dabo Swinney
Top

See the start of this topic. Another one, this time middle school and not a PK:

... Ta’Mya Bulger, 13, made history for Clanton Middle School in Alabama, as the school's first African-American girl to win homecoming queen, and as the school's only female football player on the CMS Tigers....

The versatile athlete, who also plays girls basketball and soccer, and plans to participate in track this spring, serves on both sides for the school's football team as a wide receiver and defensive back....

“I loved it,” first-year head coach Thomas Hughes told CBS42. “I told her when she asked me if she could play – absolutely, I told her [I’d] loved to have her come out and see what she had.”

... When asked by Yahoo what she thinks when she takes the field, she responded simply, “I want to hit.”

Bulger said she plans to continue playing football through high school and she hopes to play soccer in college, which her mom says is her “number one sport.” ...

All of the games should be forfeited.

A St. Louis high school has cancelled the rest of their football season and fired every coach on staff after a suspended player wore a different number and participated in a game. Cardinal Ritter College Prep, which was undefeated at 7-0, suspended the rest of their season after junior running back Bill Jackson was found to have played in their season opener, even though he was supposed to be serving a one-game suspension, according to the St. Louis Post-Dispatch.
https://www.cbssports.com/college-footb ... -identity/

Players on a high school varsity soccer team in Vermont may have been penalized for how they communicated their message of equal pay, but now that message is being heard loud and clear throughout the state and the country.

On Friday, with just three minutes left in a game, Burlington High School Seahorses netted a goal against the South Burlington Wolves. As players on the team celebrated the new lead against their opponents by charging the stands of cheering fans, four players removed their jerseys to display a shirt underneath with the message, "#EQUALPAY."

The referee assigned yellow cards and removed the four players — as per Vermont's athletic rules, which prevents players from wearing clothing that displays slogans — while the crowd chanted "Equal pay!” according to CNN....

The Seahorses, partnering with Change The Story, an organization that aims to "fast-track women's economic status in Vermont," created the "#EQUAL PAY" jerseys, which they are now selling for $25. Men are invited to pay 16 percent more, representing the wage gap, totaling $31. According to Change The Story member Jessica Nordhaus, many men have already taken the team up on that invitation.

Along with those men are members of the school's staff and student body, as well as the community and Sen. Patrick Leahy of Vermont and his wife. The boy's soccer team has also taken to wearing the #EQUALPAY jerseys.

According to CNN, the organization has received more than 1,000 orders for the jersey....

The referee of the game even ordered an #EQUALPAY jersey, according to CNN, and told the players he was looking forward to wearing it.

She Made History at QB

The pass wasn’t perfect, but it was historic. In the middle of the first half of a high school football game, a quarterback heaved a 16-yard touchdown. It’s the kind of play that happens on Friday and Saturday nights all across the United States. But this play was different, because the passer was unlike any who had come before her.

Alexandria Buchanan had grown up going to the park in Honolulu with her father, Isaac, a former football player. At first, she would just chase him around, trying to steal the ball. But in middle school, she asked him to teach her how to throw. Alexandria was a quick study. “She had a cannon,” Isaac says.

Alexandria, though, wanted more than passing with pops at the park. And in the last three years, she’s backed up her ambitions with her play, becoming Hawaii’s first female starting varsity quarterback and one of the first in the history of high school football. Her TD passes have earned her viral fame and shoutouts from childhood heroes like Tennessee Titans QB and Honolulu native Marcus Mariota...and Drew Brees of the New Orleans Saints.

The McKinley Tigers hadn’t won a football game in about four years when they turned to Buchanan as their starter. Three weeks later, they broke through with a 22-0 win. For Buchanan, a consummate team player, the win—not the viral moments or national media attention that came before it—remains her favorite memory from that season.
https://bleacherreport.com/articles/280 ... n-facetime

Support #EqualPay for Women
Buy an #EqualPay jersey to help support our team's effort to bring awareness to the gender wage gap.

The Burlington Vermont High School girls soccer team is raising awareness about the gender wage gap and would love your support by purchasing a jersey. We were inspired by the U.S. Soccer Women's National Team’s efforts to achieve equal pay for equal work, and have teamed up with Change The Story, an initiative of the Vermont Women’s Fund, Vermont Commission on Women, and Vermont Works for Women, to create a special run of #EqualPay jerseys. "Kyle Lindquist didn’t just have a good performance against Feather River College, he had himself a historic performance.

"Lindquist, the sophomore quarterback for the Butte College football team, finished with seven touchdowns through the air to lead the Roadrunners to a 56-30 victory over Feather River on Saturday in Quincy.

"The Pleasant Valley alumnus completed 17 of 24 passes for 356 yards passing and seven touchdowns. His seven touchdowns set a new Butte record for most touchdown passes in a game. Aaron Rodgers, a Chico native and the Green Bay Packers quarterback, previously held the record when he threw six touchdowns against Shasta College in 2002."

In the course of the TV sports guys drooling over Lindquist, I learned some interesting stuff about Rodgers. Although he held numerous records at Pleasant Valley, at 5'10" and 165 lbs, no Div I school would take him except for an half-hearted invitation from Illinois to walk on. He originally wanted to go to FSU but was rejected. So he played two years at Butte, got a ride to Cal and the rest is history.

Reminds me of the idiot coach that cut Michael Jordan and said he didn't have talent to play.
Top
Post Reply
58 posts