Yep, pretty kinky. Funny thing - there's no way to tell that it's not an Auburn tiger.

It's been weeks, I wonder how long it will take 1 FAT CAN to figure out that there are no 'Bama fans here and that her/his trolling just looks silly.

... But way the fuck off that their goofy tiger is even close to Aubie - in looks, athletics or style ...

Oh, I see the difference now. 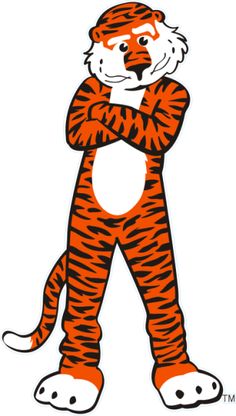 May the SCHWARTZ be with you

It's good for getting off of the field after a loss, too.

Yep, Dabo is a good Christian man, are you folks happy with your team's performance last season. Since there are no Alabama fans here, or are you folks afraid to reveal your team.
Top

1 CAT FAN wrote: ↑
Thu Mar 28, 2019 5:30 pm
Yep, Dabo is a good Christian man, are you folks happy with your team's performance last season. Since there are no Alabama fans here, or are you folks afraid to reveal your team.


Doesn't change the fact that he's a bammer
Top

Yes, they have Christians in Alabama too. Don't know about Nick though.Afraid to reveal your team?
Top

Ummm, this thread is FULL OF expressions of support for our teams, lazy, and we are CURRENTLY discussing billy.pilgrim's team. Comprehend much?
"When you can make people believe absurdities, you can make them commit atrocities."
-- Voltaire
Top

Continue on with billy.pilgram's team.
Top

I don't know who "billy.pilgram" is, whether he exists, what his team is or whether he even cares about college football.
"When you can make people believe absurdities, you can make them commit atrocities."
-- Voltaire
Top

Roll over and play dead Tide.

DUH, I posted that 2 days AFTER the game, but Boatrocker is a very, very rare visitor. You're wasting your time 'Bama bashing for weeks here.

You seem to have an affinity for Alabama.
Top

He really is a dumbass.

And doesn't know shit about his team's history.
Top

Tell me a little about UCF's history?
Top

Alright, I'll give them some credit.

Tell me a little about UCF's history?


"A year later, Walter Riggs left the Auburn program in the hands of Heisman and headed off to Clemson, South Carolina to start up a football program there.

Clemson had no mascot, no school colors, nothing. So Riggs just took off with what he knew from Auburn, branding them the Clemson Tigers.

In fact, he was low on money—probably used it on Heisman’s salary—so when he left the Plains, he brought some of Auburn’s old practice uniforms with him, which happened to have orange and navy jerseys.

Because the jerseys had gone through a few washboard scrubbings, they were quite faded—the navy worse than the orange. So Riggs made the school’s predominant color orange and the faded condition of the navy became the purplish color, officially known today as Regalia."
Top

You were alive in the 1800's? You must be the oldest tiger fan TODAY dissatisfied with CURRENT events... err history.

billy.pilgrim hates UCF and I only like it as a representative of non-Power 5 teams trying to break the monopoly, zero personal connection. In a year when UCF is doing poorly, I might be applauding Boise St or some other mid-major. You fail, again. Keep reading the thread, you'll figure it out . . . maybe.
"When you can make people believe absurdities, you can make them commit atrocities."
-- Voltaire
Top

The Incredibly Forgettable Maryland Terrapins Add Nothing Good To The Big Least.
Jokes About The Uniforms Have Gotten Tired; What Else Is There?https://www.offtackleempire.com/2017/5/ ... rosse-bros

LOL, after so many fails - "affinity for Alabama"

- I baited you into finally getting off your ass and doing a little reading. Score.

Ouch, I'm stunned to learn that one of my teams, the Terps, have goofy uniforms and suck at football. I'm going to go

now, dumbass.
"When you can make people believe absurdities, you can make them commit atrocities."
-- Voltaire
Top
Post Reply
2031 posts