Just can't get any traction on this thread, can you m'friend?
You know it's low interest when even Homo doesn't show up to abuse you over watching guys with tight asses in short pants run around sweaty.

I never was a big sports fan, but watching the world cup is pretty cool.

Those guys take a beating man. Every 10 minutes there's two dudes lying on the ground in agonizing pain like someone just kicked them in the balls and chopped off a finger. Then five minutes later they're up running at full blast again like nothing happened. They must have balls of steel.

It's like watching Nascar only for the wrecks.
You aren't doing it wrong if no one knows what you are doing.
Top

It's a shame that football and "futbol" (and its variations) have similar names. The games are nothing similar. Reminds me of George Carlin's comparison of football and baseball.. https://www.youtube.com/watch?v=IhN1ExFCXNA
Top

Yeah I totally agree. I can't watch American football. It's fun to play, but boring as hell to watch. I'd rather watch soccer, hockey, or nascar any day.

The thing about these world cup games that I especially like are the fake injuries. Gives you something to laugh at in addition to the action.
You aren't doing it wrong if no one knows what you are doing.
Top

JTA wrote:
Yeah I totally agree. I can't watch American football. It's fun to play, but boring as hell to watch. I'd rather watch soccer, hockey, or nascar any day.
.

Yeah, watching NFL or college football on live TV is boring. I usually set TiVo for when the game begins, then start running it about an hour later. Skip through the boring spots and most ads. It's more of a participatory process than just sitting there through re-play after re-play and endless yakking, but a lot more enjoyable experience.
Top

Speaking of games that aren't futbol, and are more interesting, did you guys know there's a major league lacrosse (MLL) team in Charlotte (the Hounds). They're playing the New York Lizards tonight. The Hounds are in 5th place (out of 8), but the season is young.
Top

The Darker side of The World Cup in Brazil

36 Images that show what else is going on behind the scenes in Brazil.
Top

I don't follow sports, so I don't pretend to understand football.

But why is one of the players from Uruguay wearing a dog cone?
Top

On that one I'm just waiting to see if France lasts 90 minutes to beat their WWII record.
Top

Yup. Our hatemonger-in-residence just made a similar claim over in the Hobby Lobby thread. Just to put that into context:

France bankrolled the American revolution, arming the colonists and providing entire French armies plus ships to assist, plus the leadership of General Lafayette, General de Rochambeau, Admiral de Grasse, and Admiral de Latouche Tréville. A few years later the War of 1812 was a side show for the Napoleonic wars, with the US backing France, the French side ultimately defeated. France played a major role in the creation of the country.

But in Canada, the French (government, troops) were defeated and expelled.

Then there's the Louisiana Purchase - pretty much the entire mid-west from the Gulf of Mexico to Canada, formerly French territory. If having former French territory in Canada makes us French, then the same goes for the US. The same could be said with regarding Spain.

The US has a bigger claim to being French than we do.
Top 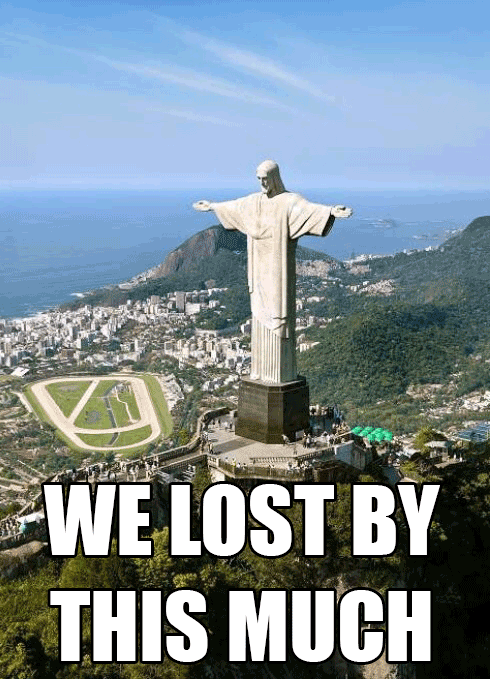 Yeah, that's cool. I saw Arsenal play Man U in England a few years ago. No real interest in the game, but I wanted the experience of Premier League. It was worth it. Unlike some other things I've done just to have the experience... ice fishing comes to mind. Hauling ass on an ATV across the desert in Baha, one the other hand - waaaay better than Arsenal.
Top

Vrede wrote:. . . except for the Baja desert flora and fauna.

No, you can't shame me with that...
You do not have the required permissions to view the files attached to this post.
Top

rstrong, congrats on beating China in this Women's World Cup being played in Canada! This site gives Canada the 4th best odds of winning it all, US is #2.
"When you can make people believe absurdities, you can make them commit atrocities."
-- Voltaire
1312.
Top

Vrede too wrote:rstrong, congrats on beating China in this Women's World Cup being played in Canada! This site gives Canada the 4th best odds of winning it all, US is #2.

Apparently a bunch of the games will be held here in Winnipeg.
Top

Gonna check any out?
"When you can make people believe absurdities, you can make them commit atrocities."
-- Voltaire
1312.
Top

Vrede too wrote:Gonna check any out?

The spectacle can be worth it, even if one's not that into the sport. Maybe a Latin American or southern European game.
"When you can make people believe absurdities, you can make them commit atrocities."
-- Voltaire
1312.
Top

Vrede too wrote:... This site gives Canada the 4th best odds of winning it all, US is #2.