Generally an unmoderated forum for discussion of pretty much any topic. The focus however, is usually politics.
Post Reply
First unread post • 929 posts

Yeah, that's what I was thinking; how can you get so fucked up in only 21 years? It takes most of these wingnuts nearly four decades to begin full bloom.
Top

Yeah, that's what I was thinking; how can you get so fucked up in only 21 years? It takes most of these wingnuts nearly four decades to begin full bloom.

I wonder if his parents had something to do with it. He got broken somehow.

Aha, I was just guessing:

Wohl is Jewish, describes himself as a Zionist, and has co-hosted a podcast for Jewish Trump supporters with Laura Loomer. As of 2019, Wohl lived in Washington DC. His father, David Wohl, is an attorney and conservative commentator who has been a guest on Fox News programs and who has also promoted conspiracy theories.

One possibility: He's done and knows that he's done, but will persist for a bit longer so that he exits on his own terms rather than being beaten.
Speaking of Rudy, WTF?
Top

Tulsi Gabbard might skip the Dem debate...
Who?
Top

As they should be, their own son loved by the greatest president as far as presidents are concerned his love would be considered to be the greatest in terms of greatness to have ever been president in this country or for that matter the greatest of any country although there may be an exception there isn't anyone who can match his greatness in terms of wisdom. Their Jacob is doing god's work.


He filed a fake police report. I'm sure it was overlooked by the lsm because, well, because, just because.
George Carlin said “The owners know the truth. It’s called the American dream because you have to be asleep to believe it.”
Top

Joe Biden: 'No one in my family will have an office in the White House' or be 'a cabinet member' if I'm president

"No one in my family will have an office in the White House ..."

FLOTUS always has an office in the White House. Maybe you noticed Michelle's office at some point during the EIGHT YEARS that you were there.

Jill and we would like you to stop saying stupid and unnecessary stuff now.
Speaking of Rudy, WTF?
Top

CNN Host Faces Backlash for Pondering Whether Ocasio-Cortez, Tlaib, and Omar Endorsements Are 'Too Urban' to Help Sanders
"Campaign just went from too white to too urban. That's U R B A N for those who couldn't hear the whistle from the back."

Critics were quick to slam King's "too urban" line as a racist dog whistle and his "too internet" line as a sign of how out of touch CNN analysts are with the American public.

"Shame on you for this bigotry," tweeted Sanders backer Shaun King.

Others piled on, highlighting the dramatic shift from the common and false criticism of Sanders' support as "too white":

2016 pundits: Bernie can’t get support from people of color

2019 pundits: Bernie’s support is skewed too people of color (urban) and too young (internet) 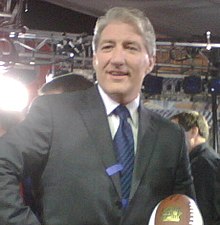 I did not go beyond the headline, but we better hope that we don't find out who.

Gabbard responds to Clinton: "She knows she can't control me"

... Gabbard insisted to CBSN she would not be running as a third-party candidate.

"I've been very clear, I will not be leaving the Democratic party, I will not be running as an independent or a third-party candidate," Gabbard said. "I am running as a Democrat to take our party back, away from the control of people like Hillary Clinton and the warmongering and corrupt, powerful establishment and return our party into the hands of the people. Make it so the Democratic party is once again a party of, by and for the people, a party that will fight for the people, fight to protect the planet and that will fight for peace."

By Friday night, Gabbard had sent around fundraising emails about Clinton's comments.

While some 2020 Democratic contenders shied away from addressing the conflict, Andrew Yang tweeted his support for Gabbard. "Tulsi Gabbard deserves much more respect and thanks than this," he wrote. "She literally just got back from serving our country abroad."

Gabbard wrote on Twitter earlier Friday that Clinton was "the queen of warmongers, embodiment of corruption, and personification of the rot that has sickened the Democratic Party for so long."

"Great! Thank you @HillaryClinton. You, the queen of warmongers, embodiment of corruption, and personification of the rot that has sickened the Democratic Party for so long, have finally come out from behind the curtain. From the day I announced my candidacy, there has been a ... concerted campaign to destroy my reputation. We wondered who was behind it and why. Now we know — it was always you, through your proxies and ... powerful allies in the corporate media and war machine, afraid of the threat I pose. It's now clear that this primary is between you and me. Don't cowardly hide behind your proxies. Join the race directly," Gabbard wrote in three tweets....

Whoa! Fair enough, in the absence of hard evidence for such a nasty accusation, Has-Been Hillary - dammit, I thought I invented the name, https://www.nationalreview.com/2017/05/ ... candidate/ - should STFU.

Where Gabbard differs with other Dems I rarely agree with her, but Has-Been Hillary probably just extended Gabbard's campaign. Thanks a lot.
Speaking of Rudy, WTF?
Top

You may be getting those requests for donations from the DCCC. Tempting. Might be okay for a mod/con Dem to do, but:

Is The DCCC Blacklist Backfiring?

A reminder: As soon as Blue Dog/New Dem Cheri Bustos grabbed the DCCC chair for herself, she instituted an aggressive new policy aimed at progressives challenging Blue Dogs and New Dems (like herself).

Bustos officially declared that any campaign consultants, vendors, polling firms, strategists or operatives who worked for a campaign running against an incumbent would be blacklisted by the DCCC. (It’s worth noting that several dozen current members of Congress, including some who demanded the action from Bustos– like Henry Cuellar– were originally elected by challenging incumbents.) ...

The DCCC boycott of reform candidates has led to a new data base of progressive vendors willing to work on primaries despite the DCCC’s ban. They tend to be younger, more progressive and there are more women and people of color– groups that have had a tough time breaking into the DCCC old boys network of tired hacks anyway.

... Several of these conservative incumbents have been so frightened by their own constituents that they’ve signed on as co-sponsors to legislation they have never backed. It’s almost comical to watch. Almost.

Please help a solid slate of progressive candidates replace these Blue Dogs and New Dems at this link.

Or, liberals and progressives can donate to good candidates individually.

Also applies to and he mentions 2020:

96-year-old @carlreiner has a blunt message for voters this (2018) election.
Speaking of Rudy, WTF?
Top

A lesson here for Republicans - not that they're going to read it or pay any attention anyway...

I am not cognizant of anything about Canadian politics, but I'm all for some karma stomping the shit out of the dogma of the GOP.
Top

I am not cognizant of anything about Canadian politics, but I'm all for some karma stomping the shit out of the dogma of the GOP.

"Turnout for Canada's 2019 general election was 65.95 per cent of eligible voters, not as high as in 2015 when Justin Trudeau first swept to power, but a strong turnout compared to some past elections."

I did not go beyond the headline, but we better hope that we don't find out who.

Lone Oregon GOP congressman to retire; seat up for grabs

... Walden is the 19th House Republican to announce he or she will not seek re-election. Three other GOP lawmakers have resigned....

In contrast, only 3 or 4 Dems have bailed. 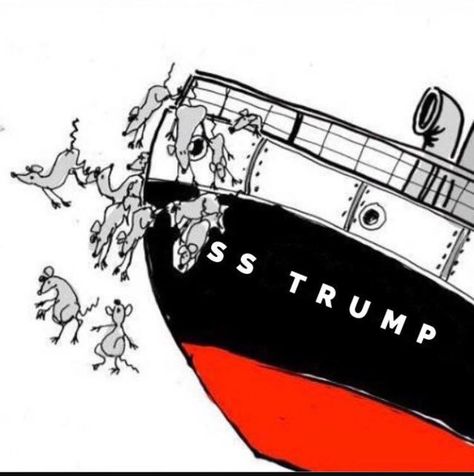 As the impeachment battle rages in Washington, Democrats’ position appears to be improving up and down the ballot.

Projecting current trend lines — admittedly a risky undertaking — shows it’s entirely possible the party could win the presidency, the Senate and the House next November....

The House SEEMS secure for the Dems, but I make NO predictions. However, that people in the know are talking about even the possibility of a Dem sweep is pretty cool.
Speaking of Rudy, WTF?
Top


Tulsi Gabbard is having a moment, and the party is getting nervous
https://news.yahoo.com/tulsi-gabbard-is ... 07701.html

Tulsi Gabbard is having a moment, and the party is getting nervous
https://news.yahoo.com/tulsi-gabbard-is ... 07701.html

Griping about a POSSIBLE 3rd party run is one thing, blaming the Russians without hard evidence is another. Then, the question is whether Hillary made it more or less likely that Gabbard will go for it.

Kentuckians Have Finally Had About Enough of Mitch McConnell

What’s the print version of Donald Trump being booed at the World Series?

The poll showing that Senate Majority Leader Mitch McConnell, the president’s most stolid defender, is down to a 18 percent job approval rating in Kentucky. Only 37 percent in the Public Policy Poll said they would vote for him again next year....