Generally an unmoderated forum for discussion of pretty much any topic. The focus however, is usually politics.
Post Reply
First unread post • 1043 posts

If you wanted to make an intelligent comment about the matter, and are able to read graphical information, you could have commented on the lower level traces of ice that are shown in past years since 79 and before now. Oh, well. By the way, you can snow ski on Mauna Kea in Hawaii.
Top

But, you can't get there in a Itasca Ellipse.
Top

Yeah, it's been really hot in Colorado this summer.

What a real meteorologist at The Weather Channel that John Coleman co-founded says about what the real climate scientists are saying:

2019 On Track to Be Earth's Third Warmest Year on Record, NOAA Says 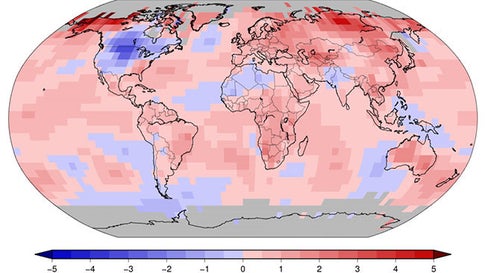 Yeah, its been really hot in Colorado this summer.

I knew some fool would say that! As predictable as Seattle rain, CAT never disappoints.

Cat is a maroon.

* The first five months of 2019 place Earth on track for its third warmest year dating to 1880.
* Four separate analyses found 2019 had among the top five warmest Mays.
* Among areas most above average in May were Arctic Canada, Greenland, Russia, Brazil, and parts of Africa.
* This was despite a notably chilly May in the western and central U.S. and in parts of Europe.

... This was despite notable cold over a swath of Canada and the central United States....

May also marked the 413th consecutive month and 43rd straight May that global temperatures have been above average in NOAA's database.

It was also the 15th straight month landing in the top five warmest respective month in NASA's database, a streak that began in March 2018.

Since 2015, 49 of the last 53 months have at least tied a top five warmest respective month, according to NASA-GISS. From June 2015 through August 2016, 11 separate months set warm records for the month. 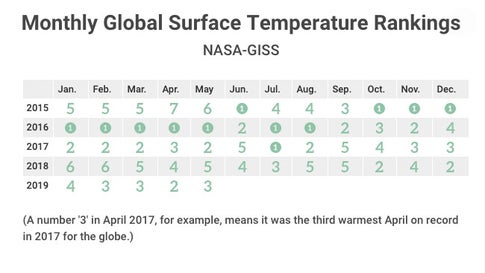 Rankings of monthly global temperatures, according to the NASA-GISS database since 2015. Circled '1s' highlight months setting a record high temperature for the month. Ties among months during those four-plus years are indicated by the same ranking given to each month.

Ultimately, what's most important is not whether a given month is a fraction of a degree warmer or colder; rather, it's the overall trend, which continues its upward climb since the late 1970s.

Vrede too wrote: ↑
Sun Jun 02, 2019 5:14 pm
I see the notifications, shame you're wasting time and effort on posts that are never opened. Masochism much?

Of course, it's all just pansy, deflection from being so very moronic as to cite fully discredited, wholly unqualified John Coleman.
"When you can make people believe absurdities, you can make them commit atrocities."
-- Voltaire
Top

What would that fool do without air conditioning. rhetorical

The email went out from senior Environmental Protection Agency officials to Kelly Craft, the U.S. ambassador to Canada, responding to questions she had about a funding matter.

But the acknowledgment email the EPA got back a few hours later wasn't from the ambassador. It was from her husband, coal magnate Joseph Craft, a wealthy GOP donor who had been taking part in a months-long press by the coal industry for access and regulatory relief from the EPA and the Trump administration in general.

The blurring of roles — and email accounts — by the Crafts this time and others since she began representing the U.S. is raising questions as senators consider her nomination by President Donald Trump to be U.S. ambassador to the United Nations. That post would give her a prime seat at international talks to fight climate change, in part by encouraging limits on the burning of coal, with its heat-trapping emissions....

Help Prevent Restrictions on Climate Science
Urge your senators to hold (US Geological Survey) Director Reilly accountable to allow scientists to decide how best to study the consequences of climate change.
"When you can make people believe absurdities, you can make them commit atrocities."
-- Voltaire
Top

The natural gas industry would like us to think that their product is a “bridge fuel.” They propose that gas is a less-polluting alternative to coal or oil, and is cheaper than renewables such as solar and wind. Gas, they say, spans the gap between a polluting past and a clean-energy future.

But this is a false narrative. Natural gas is as dangerous for the environment as other fossil fuels, and solar and wind are cheaper than other sources for bulk energy production....

The industry’s claim that natural gas is “clean” or a “bridge fuel” is derived solely from the fact that burning gas emits less greenhouse gases than burning coal or oil. But combustion is only a part of the overall picture. They purposefully disregard the tremendous “upstream” impacts of drilling and transporting natural gas which are anything but benign – not for human health, as the Stiles’ family story proves, nor for the climate.

The global warming limits may be informally called a “carbon budget,” but carbon dioxide isn’t the only gas that traps heat. The Oil Change report’s authors write that methane, the primary gas in natural gas, has a warming effect 87 times greater than carbon dioxide over a 20-year period. Over a century, the effect is almost 40 times greater.

Notably, the increase in methane in the atmosphere over the last decade “corresponds very closely to the growth in” fracking in the U.S.

The supply chain for natural gas is notoriously leaky. After studying over 700 varied natural gas facilities, researchers at Colorado State University found that 2.3 percent of extracted methane escapes into the atmosphere. A tiny amount of methane leakage alone wipes away any environmental benefit that gas provides over coal.

And even if methane leakage is kept to a minimum, burning existing natural gas reserves will contribute to exceeding warming limits, imperiling the climate.... Write today and urge your senators to cosponsor the RES (Renewable Electricity Standard) Act of 2019 to support the robust growth of clean energy deployment across our country.
"When you can make people believe absurdities, you can make them commit atrocities."
-- Voltaire
Top

North Carolina Forests Are Not Fuel 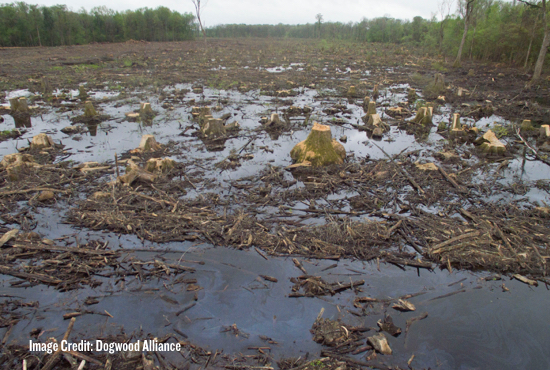 Your message will be sent to:
Governor Cooper

Soggy springs, scorching summers: Higher temperatures taking toll on US staple crops
As a changing climate continues to increase average temperatures in the US, researchers estimate yield losses that could cost billions

For the first time ever renewables beat coal in the US
Renewables provided 23% of U.S. power in April, while coal generated 20%.

'We Are in a Climate Emergency, America': Anchorage Hits 90 Degrees for First Time in Recorded History
"This is unprecedented. I tease people that Anchorage is the coolest city in the country—and climatically that is true—but right now we are seeing record heat," said Anchorage Mayor Ethan Berkowitz
"When you can make people believe absurdities, you can make them commit atrocities."
-- Voltaire
Top

Always people who spend their days inside complaining about the weather.

Fishing in Warming Seas, North Carolinians Trek North to Reel in Their Catch
As climate change sends fisheries into flux, managers must keep up with the latest science to sustain them.

... According to a study published earlier this year in the ICES Journal of Marine Science, between 1996 and 2014, fishing fleets from North Carolina and Virginia needed to go as much as 500 additional miles up the East Coast to reel in their catch. Fishing patterns for summer flounder and Atlantic croaker saw the most dramatic geographic shifts. The suspected causes? Harvesting pressures on the fish populations coupled with rising ocean temperatures due to climate change.

U.S. report says climate change will batter economy, in clash with Trump
"When you can make people believe absurdities, you can make them commit atrocities."
-- Voltaire
Top

This was the hottest June in history, and summer is just getting started

... France set a new national temperature record: 115 degrees. Multiple wildfires broke out in Spain, one of them, a 10,000-acre blaze, might have started when heat caused a pile of manure to burst into flames. One European heat map turned such a violent shade of red it looked like an open-mouthed skull in mid-scream (you have to see it to believe it). 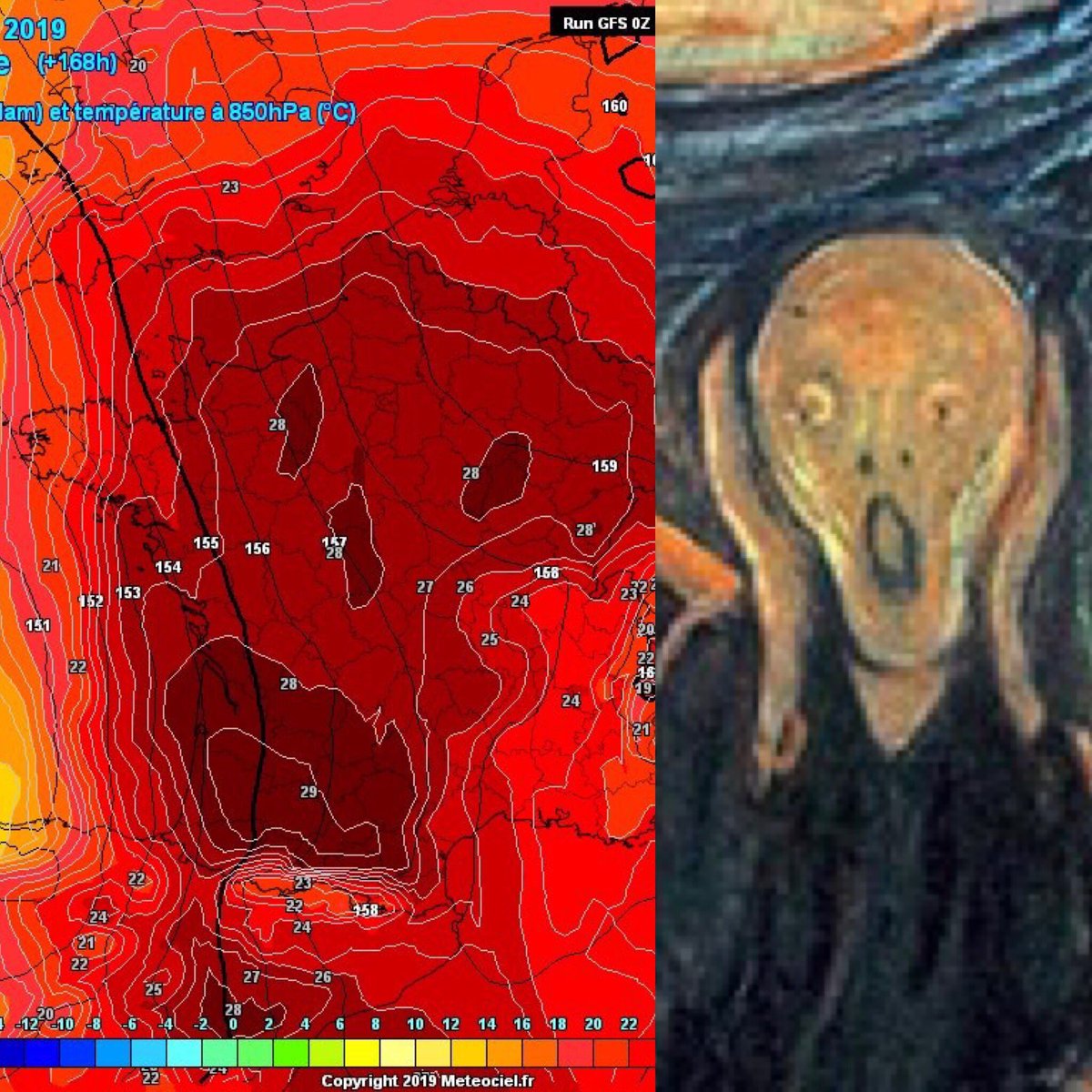 ... Heat waves like the one that just gripped Europe are not always directly linked to anthropogenic climate change, but extreme weather events are made worse by higher concentrations of greenhouse gases.

Another report released Tuesday from World Weather Attribution found that such heat waves are happening about 10 times more often now than they were a century ago. “Every heatwave occurring in Europe today is made more likely and more intense by human-induced climate change,” the report said....

Sylvain Dupont, a spokesperson for Meteociel, told CNN that the image wasn’t created that way on purpose and that the skull image appeared there by chance.

"By chance, it just happened to be possible to imagine a special form of a skull in this map," he said, emphasizing the randomness of the apparition. "There are so many maps created on our site for each updated forecast that it is statistically possible for some to look like something."

But it appears the temps were at 1500 metres (4,500ish feet) so maybe that accounts for the not-so-high record temps.
Top

But it appears the temps were at 1500 metres (4,500ish feet) so maybe that accounts for the not-so-high record temps.

The map was selected for its apparition, not for being the hottest it's been.

The larger numbers are tens of meters elevation. So, the largest, 159 is 1590 meters - 5216 feet. Alternatively, isobars however Europeans enumerate them.

Tell Your Representative: Invest in Clean Energy and Climate Action!
Update and extend clean energy tax credits
"When you can make people believe absurdities, you can make them commit atrocities."
-- Voltaire
Top