Generally an unmoderated forum for discussion of pretty much any topic. The focus however, is usually politics.
Post Reply
First unread post • 3949 posts

I generally agree with billy.p regarding Biden, but in the greater "real world" nothing is to be gained by focusing on his faults. The Trumpsters will be most happy to bring those up. Unless he croaks, he is who we've got, and the first (really the only) priority is getting rid of Trump. We can criticise Biden after he's been elected.
Top

GoCubsGo wrote: ↑
Tue Jun 30, 2020 9:48 am
Dems netted 41 seats in the mid term, it was a blue wave. Without that there was no impeachment. Yeah that was a successful election.

The Senate was never going to flip in 2018, nor was Cheetohead going to be convicted. No secret.

Sorry you don't like Biden, I'm not the biggest fan of the current incarnation either but I pretty much will support anyone and anyway to remove the orange cancer as most national elections are choosing the lesser evil.

2018
The Dems did win big in the US House, and that has enabled constant stifling of PINO and the Repugs.
The Dems should have lost more US Senate seats given how many seats they were defending. Their very few losses made zero difference since the Repugs already had a majority.
The Dems won many governorships and legislatures.
All parties would love doing that kind of damage.

I don't think any of us supported Joe, but this is the year of Black power - older Blacks making the difference in the primaries, younger Blacks making the difference in the streets. So far, I can't argue with the result. Perhaps other nominees would not be doing so well in the polls, the Senate would not be within reach, and our discussions would be more nervous. Given the alternative, I'll be fine raising hell over Joe and the Dems not being progressive enough.
"When you can make people believe absurdities, you can make them commit atrocities."
-- Voltaire
Top

Roosevelt’s campaign was able to paint the president as heartless, aloof from the misery all around him, and unequal to the task of rescuing the nation from the Great Depression. Hoover himself opened the door to this charge. He acted callously, sending the Army to violently disperse Great War veterans camping out in Washington and demanding their bonus payments. He was paranoid, railing about conspiracy theories and pushing the Senate to investigate Wall Street firms for intentionally driving down the stock market in an effort to hurt him politically. And he was willfully blind, refusing to believe his own experts about the scale of the economic devastation.

you can't compare FDR to Biden.

See comment above - same thing applies. It's going to take a lot of hard work to make Biden into a presidential candidate

Doesn't even have to be about Biden. Continuing to make it a referendum on tRump is working well so far.

I forget which referendum on tRump damaged him.

Biden looks physically weak and politically just another slightly liberal dem, who won't do much of anything.
I'll vote for him, but I don't expect anymore of him than Obama gave us with his constant Charlie Brown to their obvious in your face Lucy's football trick or his love for wall street.

Trending in the right direction. A few more points and the Republican rats start jumping off the ship.

Trump Tried To Give Himself A New Nickname. It Really Didn’t Go Well.

Fixed it for you @realDonaldTrump.

trump was a "lone Warrior" during Vietnam. He stayed at home "alone" while the real warriors served. Lone warrior, my ass. He is a damn coward.

That was the first thing that I thought of.

You have Russia and China. You’re not completely alone. 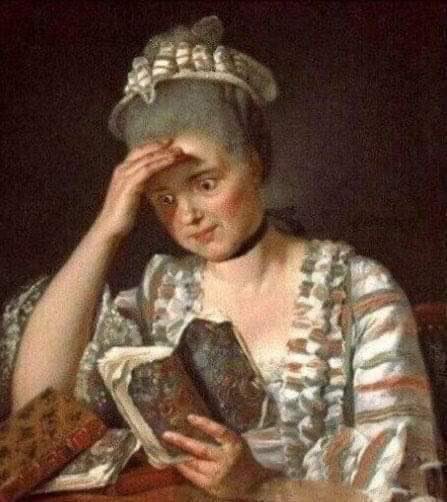 The reason Trump is THE LONE WARRIOR is that nobody in our military wants to follow a coward. 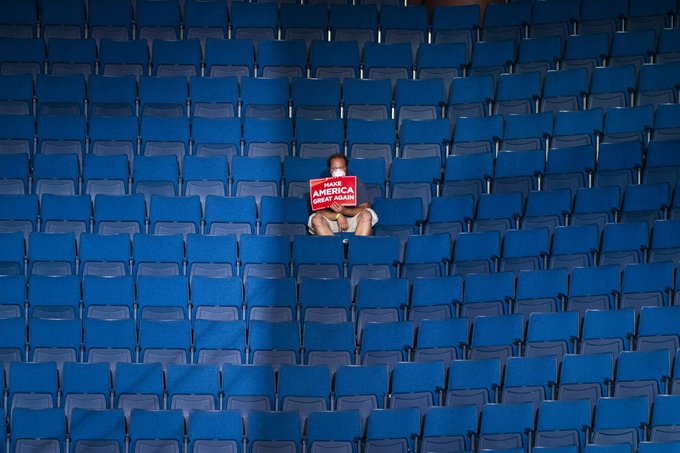 I have a nickname for Trump - One Term Trump. It has a nice ring to it.

Three of the worse events for US history of last century: 1918 pandemic, 1929 depression, 1968 race riots. Trump managed to achieve those all at same time. He is strong, beautiful lone warrior.

Reminds me of the Contrary warrior

Confirmation that tRump is David Koresh reincarnated. He wants to kill Americans and America as he goes down in a ball of flames.

He's only waiting for the right moment that will generate the biggest audience and the highest ratings.
Top

GoCubsGo wrote: ↑
Wed Jul 01, 2020 2:16 pm
Confirmation that tRump is David Koresh reincarnated. He wants to kill Americans and America as he goes down in a ball of flames.

July 5 tweet: I bet you don't think that "Bunker Boy" thing is so funny now.
"When you can make people believe absurdities, you can make them commit atrocities."
-- Voltaire
Top

I think they're seeing the imminent collapse of their own power and everything they want "conservatism" to be, and they're desperately hoping to preserve some tatters by throwing PINO under the bus. Too late, suckers. We know that it's your fault and we can't be fooled that easily.
"When you can make people believe absurdities, you can make them commit atrocities."
-- Voltaire
Top

Hillary, I mean Joe, is a shoe in. trump ain't got a chance.
Top

Skeptism and sarcasm duly noted. But Joe ain't Hillary in many ways other than gender. There were a lot of "HillaryHaters" that Joe doesn't have. People who disliked both candidates in 2016 generally broke for Trump. This year, they're polling very strongly for Joe. And Trump's picked up a lot of baggage and haters of his own in the past 4 years. Personally, I'd love for the Dem candidate to be somebody like Gov Newsom, but it may well be a time when generic is better. Keep it a referendum on Trump.
Top

I think they're seeing the imminent collapse of their own power and everything they want "conservatism" to be, and they're desperately hoping to preserve some tatters by throwing PINO under the bus. Too late, suckers. We know that it's your fault and we can't be fooled that easily.

That is less of a prediction on my part than it is an assessment of how the Faux Noise folk featured by The Daily Show are reading the current situation for Congress, too, and are acting accordingly.

Sure, Joe may flop or PINO may somehow pull his fat ass out of the fire, but cons have to make choices now. October will be too late for many to join the anti-45SHOLE bandwagon, and July is already too late for at least some of them.
"When you can make people believe absurdities, you can make them commit atrocities."
-- Voltaire
Top

This message is falling flat and will continue to do so.

These are not new jobs created and with the current Covid trajectory the numbers will be in decline by October right before the election, not to mention PINO's delusional hubris for trying to take claim for these numbers.

Nope, no jobs added. Just a small percentage of people getting to go back to the jobs they lost at the start of the pandemic, many of whom will lose them again because of bad behaviour on the part of those who ignore reasonable precautions.
Top

It just keeps getting worse for PINO and his inept coverup:

Russian bounties were the subject of police raids six months ago, as more details continue to emerge

TRE45SON
"When you can make people believe absurdities, you can make them commit atrocities."
-- Voltaire
Top
Post Reply
3949 posts