Generally an unmoderated forum for discussion of pretty much any topic. The focus however, is usually politics.
Post Reply
First unread post • 200 posts

None do because none of them make sense. You're in the grope mode again.
Top


We do not live in a Democracy, never have, never will, and we do not promote Democracy because it is against our principles of a Constitutional Republic. You will not find "Democracy" in any of our founding documents or our Constitution.
You should get an education in a simple elementary school Social Studies class or a class in Government. It's no wonder you Liberals never get anything right.
" I will stand with the Muslim's should the political winds shift in an ugly direction." ------Barack Hussein Obama

I suppose this could be new thread, but it seems appropriate here, too.


Comment from a friend.
How come defense spending is always off the table. And why do we call it defense when we're always playing offense. It used to be the War Department, not the Department of Defense. I move the old name be readopted.

It is difficult to get a man to understand something when his salary depends upon his not understanding it. 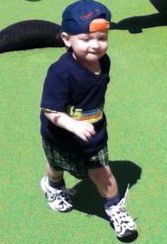 I told both my boys before they joined, "If you cannot serve regardless of who is elected President do not join."

There can only be one Commander in Chief. Any announced strategy gives the enemy the advantage.

Everyone is entitled to one or more opinions. It would be nice if those advancing an opinion had an understanding of warfare history, the evolution of warfare and strategies.

At least then when one does not like an opinion they could do something than name calling and poster platitudes.
Top


We do not live in a Democracy, never have, never will, and we do not promote Democracy because it is against our principles of a Constitutional Republic. You will not find "Democracy" in any of our founding documents or our Constitution.
You should get an education in a simple elementary school Social Studies class or a class in Government. It's no wonder you Liberals never get anything right.


b : a government in which the supreme power is vested in the people and exercised by them directly or indirectly through a system of representation usually involving periodically held free elections

Is it possible for a country to be a constitutional republic and also be a dictatorship where citizens have absolutely no say in their government?

It's just a matter of definitions. You can get hung up on definitions all day, but what ultimately matters is the idea behind the word. When someone says we are a democracy, I don't believe they actually think we're a direct democracy wherein all citizens directly vote on legislation, etc.. I think they're referring to the fact that we have some say in our government through a system of representation. Power derives from the people.
You aren't doing it wrong if no one knows what you are doing.
Top

Correct. America is a Democracy AND a Republic.

"Republic" essentially means "not a monarchy." I am a republican; I'd like to sever ties with the British monarchy.

There are Republics that are not democracies (The Soviet-ere Ukrainian SSR and Byelorussian SSR had their own seats at the United Nations), barely democracies (Iran) or democracies in name only (German Democratic Republic, AKA East Germany).
Top

Vrede wrote:Majority of Americans: Invading Afghanistan Was 'Wrong Thing to Do'
"The invasion was an understandable response to 9/11 and I'm pretty sure Gore would have done much the same thing. Rather, my problem is more with the utter mismanagement of the occupation from the start and the fact that it's lasted about a decade too long."

I agree that we've worn out our welcome in Afghanistan, and I agree that our presence was/is sadly mismanaged, but I have to wonder when did the U.S. "invade" Afghanistan? The objective was to hopefully capture OBL and drive out the oppressive dictator-ship of the Taliban and al-Qaeda, who was harboring OBL, out of the country, as well as help the country re-establish itself as a self-governing nation. To "invade" a country involves the extermination of dissenting people and commanding complete control of it's people and government, such as was the case of the Taliban supported by OBL.

There's interesting reading in this Wikipedia report, and I feel they too wrongly call the U.S.'s intervention an "invasion".

1. to enter forcefully as an enemy; go into with hostile intent: (Germany invaded Poland in 1939.)

2. to enter like an enemy: (Locusts invaded the fields.)

3. to enter as if to take possession: (to invade a neighbor's home.)

4. to enter and affect injuriously or destructively, as disease: (viruses that invade the bloodstream.)

5. to intrude upon: (to invade the privacy of a family.)

1. an act or instance of invading or entering as an enemy, especially by an army.

2. the entrance or advent of anything troublesome or harmful, as disease.

3. entrance as if to take possession or overrun: the annual invasion of the resort by tourists.

I think maybe we could decide if we'd consider it an "invasion" if we imagined thousands of Afghani soldiers shooting at people in NW DC and chunking rockets into Leicester.
Top

That's some imagination you've got there......Leicester?!?

I just thought I'd use somewhere comparable to a remote Afghan village.
Top

O Really wrote: "I just thought I'd use somewhere comparable to a remote Afghan village."

We expend a lot of effort and money creating enemies for ourselves. I myself am against it.
Top

From 2:08 a.m. until 3:15 a.m. on Saturday, October 3, the Doctors Without Borders/Médecins Sans Frontières (MSF) trauma hospital in Kunduz, Afghanistan, was hit by a series of aerial bombing raids at approximately 15-minute intervals. The main hospital building, which housed the intensive care unit, emergency rooms, and physiotherapy ward, was hit with precision, repeatedly, during each aerial raid, while surrounding buildings were left mostly untouched.

"We received President Obama's apology today for the attack against our trauma hospital in Afghanistan. However, we reiterate our ask that the US government consent to an independent investigation led by the International Humanitarian Fact-Finding Commission to establish what happened in Kunduz, how it happened, and why it happened."
—Dr. Joanne Liu, MSF International President

The total number of people killed in the attack is 22, including 12 MSF staff members and 10 patients. Thirty-seven people were injured, including 19 members of the MSF team.
From September 28, when major fighting broke out in Kunduz city, until the time of the attack, MSF teams in Kunduz had treated 394 wounded people in the hospital.
When the aerial attack occurred, there were 105 patients in the hospital and more than 80 MSF international and Afghan staff present.
Our staff reported no armed combatants or fighting in the compound prior to the airstrike.
MSF’s facility in Kunduz was a fully functioning hospital that was full of patients and MSF staff.
The attacks took place despite the fact that MSF had provided the GPS coordinates of the trauma hospital to Coalition and Afghan military and civilian officials as recently as Tuesday, 29 September. The attack continued for more than 30 minutes after we first informed US and Afghan military officials in Kabul and Washington that it was a hospital being hit.
In the aftermath of the attack, the MSF team desperately tried to move wounded and ill patients out of harm’s way, and tried to save the lives of wounded colleagues and patients after setting up a makeshift operating theatre in an undamaged room.
MSF’s hospital was the only facility of its kind in northeastern Afghanistan, providing free high level life- and limb-saving trauma care. In 2014, more than 22,000 patients received care at the hospital and more than 5900 surgeries were performed.

The MSF hospital in Kunduz has been partially destroyed and is no longer operational. This leaves thousands of people without access to emergency medical care when they need it most.
We demand an independent investigation by the International Humanitarian Fact-Finding Commission (IHFFC.org) to establish the facts of this event. The IHFFC is not a UN body; it was created in 1991 by Additional Protocol 1, article 90 of the Geneva Conventions that govern the rules of war. The IHFFC is set up for precisely this purpose: to independently investigate violations of humanitarian law, such as attacks on hospitals, which are protected in conflict zones.
MSF started working in Afghanistan in 1980. In Kunduz, as in the rest of Afghanistan, Afghan and international staff work together to ensure the best quality of treatment. MSF supports the Ministry of Public Health in Ahmad Shah Baba hospital in eastern Kabul; Dasht-e-Barchi maternity center in western Kabul; and Boost hospital in Lashkar Gah, Helmand province. In Khost, in the east of the country, MSF operates a maternity hospital.
As in all its projects, MSF doctors treat people according to their medical needs and do not make distinctions based on a patient’s ethnicity, religious beliefs or political affiliation.
MSF relies only on private funding, and does not accept money from any government, for its work in Afghanistan.

And I thought that bombing a free hospital was just yet another concession to Republican healthcare policy.
Top

rstrong wrote:And I thought that bombing a free hospital was just yet another concession to Republican healthcare policy.

Don't give em any ideas.
"On some great and glorious day the plain folks of the land will reach their heart's desire at last and the White House will be adorned by a downright moron." — H. L. Mencken, July 26, 1920, in The Baltimore Evening Sun
Top

They don't listen to Canadian ideas on healthcare.
"When you can make people believe absurdities, you can make them commit atrocities."
-- Voltaire
1312.
Top

Vrede too wrote:They don't listen to Canadian ideas on healthcare.

That's a bit like saying that the Republicans aren't interested in where Obama was born. In 2008/2009 Fox, NewsMax and the rest of the Republican propaganda machine was a firehose of mostly fictional horror stories about Canadian healthcare.
Top
Post Reply
200 posts